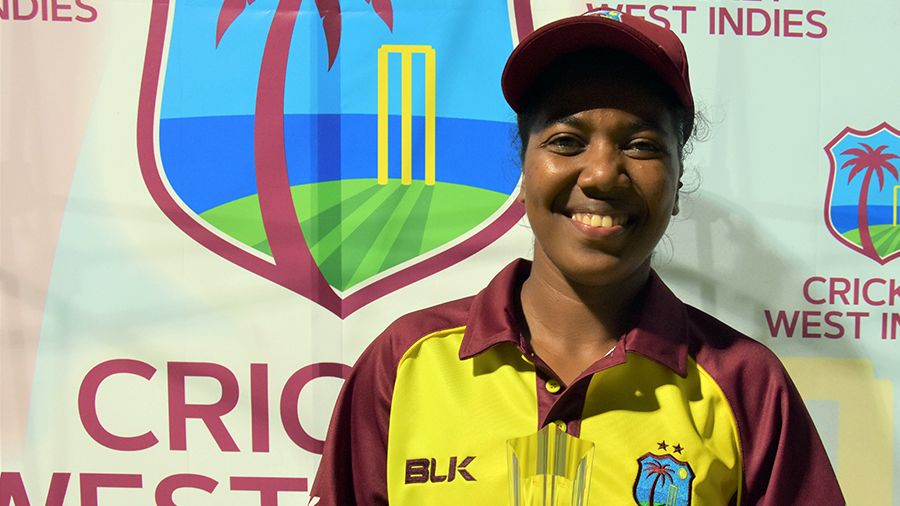 West Indies Women have named legspinner Afy Fletcher in their 18-member squad for the four-match ODI series in South Africa. Fletcher, 34, is returning from maternity leave, having last played for West Indies in a T20I against England in September 2020. With Qiana Joseph ruled out injured, Fletcher will be expected to play a key role, and help Anisa Mohammed, in the spin department.
Three uncapped players – left-arm spinner Kaysia Schultz, batter Mandy Mangru and right-arm seamer Jannillea Glasgow – have also been included in the side. All three were also part of West Indies Women’s A side that played against Pakistan Women A last July.

“The return of the experienced Afy Fletcher brings added variety to the bowling particularly with the absence of Qiana Joseph who has been ruled out due to injury,” Ann Browne-John, the women’s lead selector, said. “In our drive to continue the expansion of our player pool, the panel has included three young, uncapped players. Exposure to international cricket at this time will most certainly give them the experience and match time needed to develop and grow their individual talents.”

West Indies are due to land in South Africa on Sunday, after which they will have a training camp and a warm-up match on January 25. The four-match ODI series will begin on January 28. All the matches will be played at the Wanderers Stadium in Johannesburg.