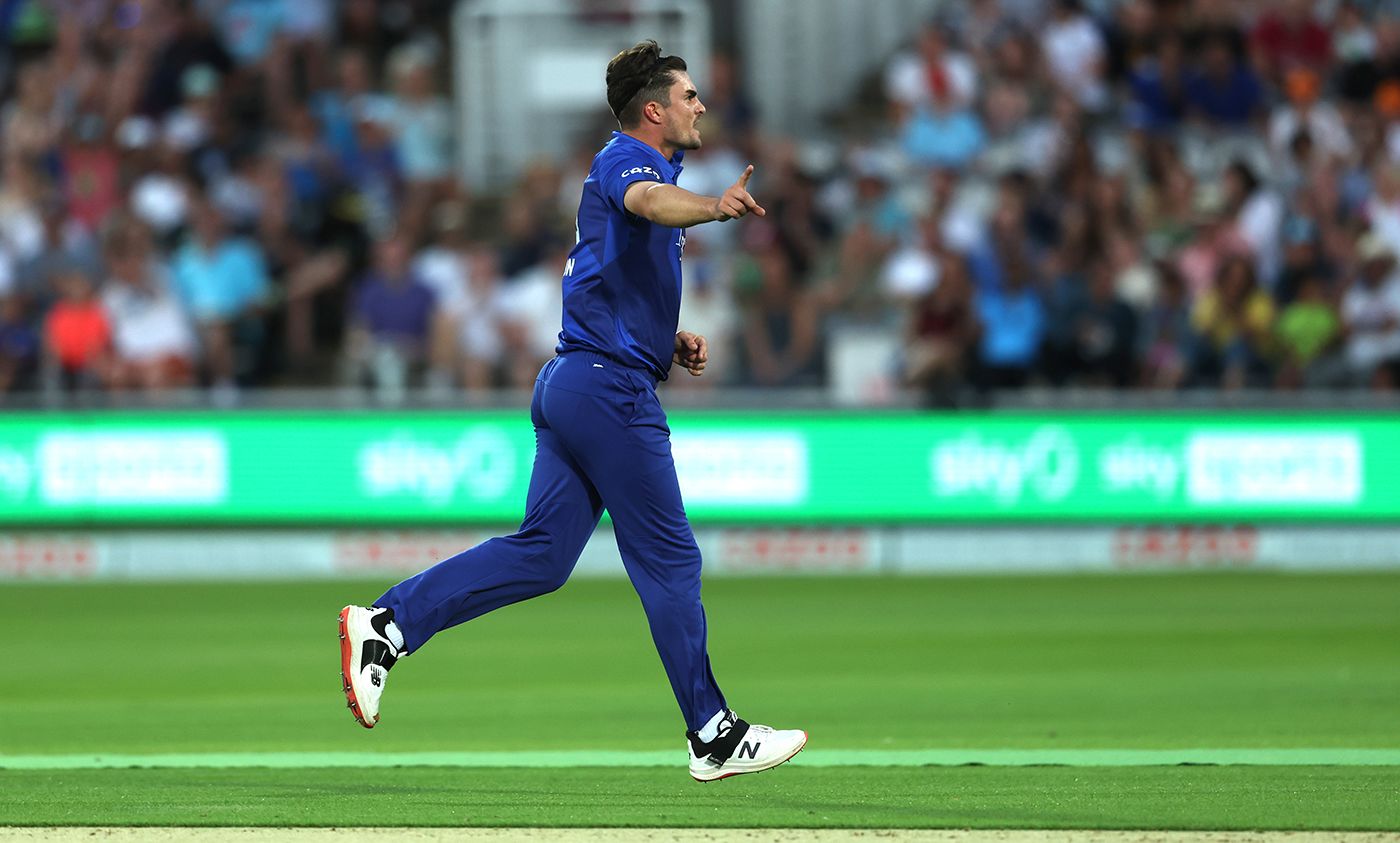 9.15pm: Victories defending don’t get much simpler than that. Spirit won the toss, put up a decent score, and then watched on as their opponents imploded. Thompson was the pick of the bowlers, but they shared the wickets around as only one of the Originals top seven – Phil Salt with 36 off 34 – made it into double-figures. London Spirit have won their first two, which is more than they managed in the entirety of the first season; they’ve also twice done so batting first. Anyway, Eoin Morgan takes the bragging rights against his padawan Jos Buttler, with Originals now 0 for 2. We’ll be back for more tomorrow night, when Northern Superchargers take on Trent Rockets. Bye!

Jordan Thompson is the Match Hero for taking 4 for 21. “Lads batted well to get to that score, and we bowled well. It was a good win. With the short side, it was a matter of trying to keep them away from there. The boys were coming off and saying the pitch was tricky to score off. Polly got us up to a total and we knew we could defend it. Having a batter of his class is brilliant. It’s good to come down to London and start off with two wins”