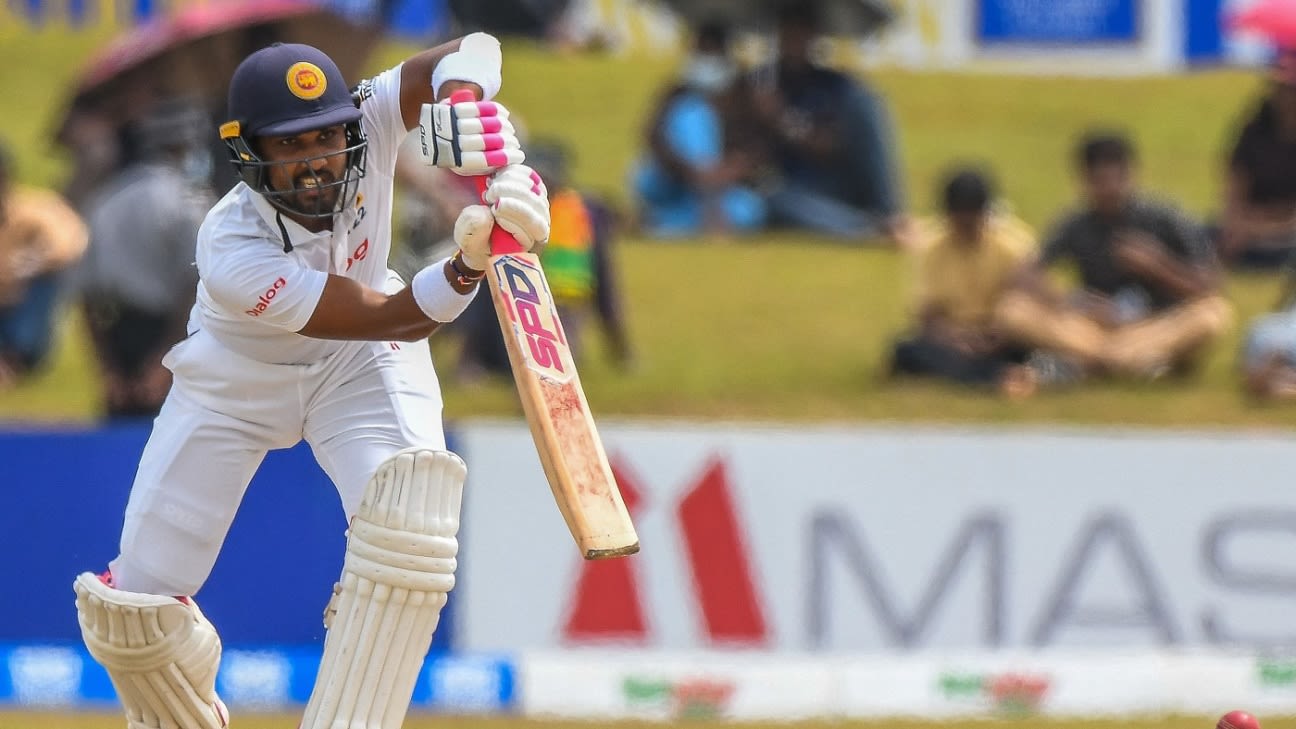 And on that note, be sure to join us tomorrow to see how things unfold, but for now, for myself, Ankur and Venkat, it’s goodbye!

Ebrahim: “The reason it’s Pakistan’s day is because the game is set up for them to bat once, knowing Abdullah, Fawad, Imam and Babar are 100x less likely to make the same mistakes the SL batters made. If they can bat at session 2 tomorrow till the end of day 3 at least, they’ll be in the driver’s seat.” This would be what they’re aiming for, yes.

Frank Marimuttu: “Absurd, almost patronising to call it Pakistan’s day, when SL are 311/6 on Day 1. “Type / nature of dismissal” isnt factored into the state of the match surely?” Think both sides will be pleased with it, but to be clear, this is a good batting surface. Sri Lanka have scored at a brisk pace, sure, but the pitch shouldn’t break up too much tomorrow or day after. So if Pakistan can get into bat tomorrow and into day three, they can quite feasibly wrestle control of the Test.

Joydeepsinghgil: “Needless to say it’s Sri Lanka day however their all batsman got off to a great start couldn’t able to convert their scores into big except kusal mendis otherwise Sri Lanka 450 runs on board was certain”

5.27pm It looks like the umpires feel the light is bad enough and stumps has been called. So what a day of cricket it’s been. Sri Lanka have coasted for much of the day, but find themselves six wickets down. Pakistan have toiled for much of the day, and have leaked 315 runs, but they will not be complaining as they’ve cut through all the major batting threats. Niroshan Dickwella however is unbeaten at the crease on a 43-ball 42, having been dropped on 24 by Babar Azam – his second drop of the match incidentally. If not for that late salvo, it would have been well and truly Pakistan’s day as they picked up the crucial wickets of Dinesh Chandimal (80) and Dhananjaya de Silva (33) in the final hour before the end of play. Both were relatively loose dismissals, a running theme across the Lankan innings as many a batter had gotten in, only to throw away their wickets. Only Oshada Fernando – who received a ripper from Nawaz – and Kusal Mendis – run out at the non-striker’s end following a deflected drive – can count themselves unlucky. Alongside Dickwella is the debutant Dunith Wellalage, the highly-rated Under-19 skipper. The wicket has been quite good for batting, and if it continues that way, Sri Lanka will want to make the best use of it extend their innings has much as possible into day two. Pakistan will no doubt want to avoid a repeat of the tail-end shenanigans from the first Test.

Robin: “At 311/6 on day 1 , if someone calling it Pakistan day then you are living in some dream world…” I see your point Robin, but considering the number of starts the Lankan batters have got, the number of wickets lost is about two too many.