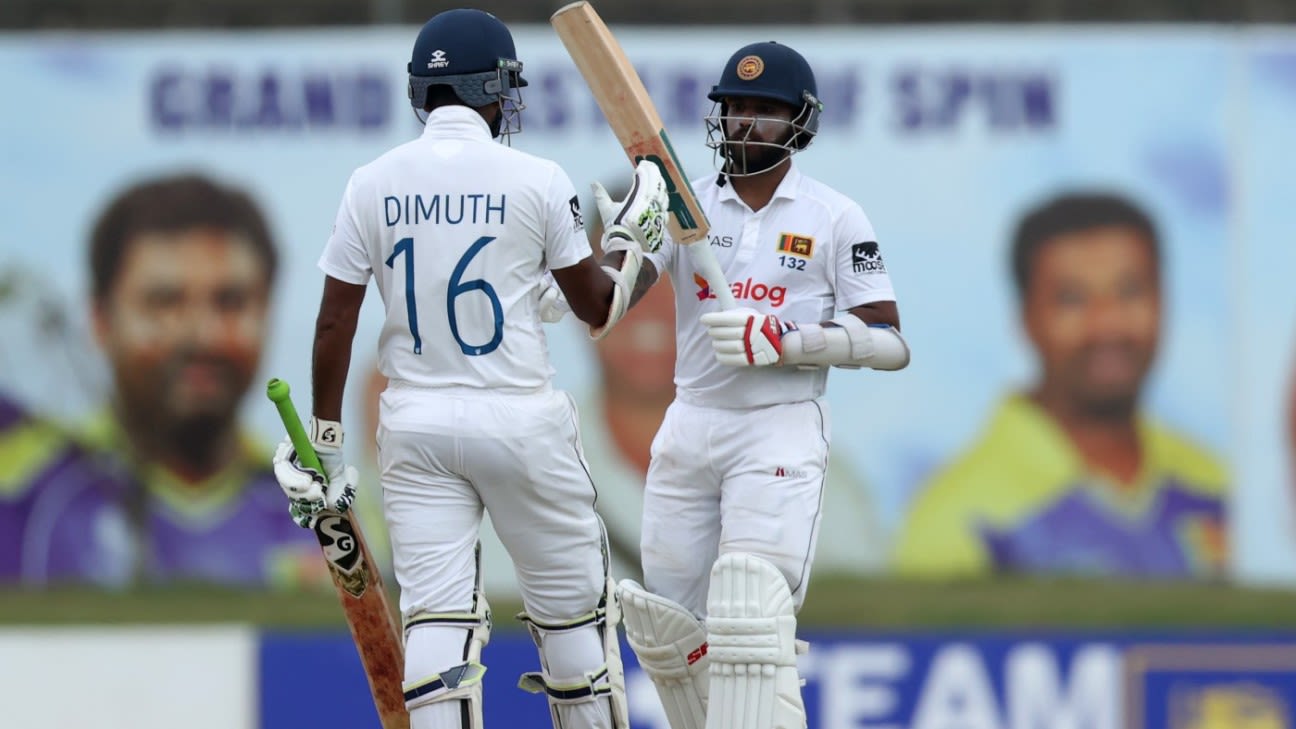 And on that note, it’s a wrap from us. Thanks as always for tuning in. For myself, Alex and Binoy, it’s goodbye now! Join us again tomorrow morning, it’ll be a 10am start as usual.

5.33pm If day one belonged to the visitors, then day two certainly belonged to the hosts. Kusal Mendis (84*) and Angelo Mathews (6*) are at the crease, with Sri Lanka trailing by 180 runs and 8 wickets in hand. They’ve whittled away at the deficit, after doing incredibly well in the morning session to grab the last five Australian wickets before lunch. Prabath Jayasuriya was the star with the ball picking up a 6-for on debut, before Mendis and skipper Dimuth Karunaratne put on 152 for the second wicket to settle the Lankan innings. The pair, while not scoring at too great a clip, had frustrated the Australians for large parts of the day. Mitchell Swepson eventually dismissed Karunaratne in the final hour of play, but Mathews and Mendis hunkered down and saw out though to the close. And all this while large numbers of protesters gathered outside the Galle stadium demanding the President of Sri Lanka resign, while an even greater number stormed the President’s house in the capital Colombo, some two hours away from Galle. All this meant a surreal atmosphere at the stadium, where spectators were few but yet the atmosphere remained electric.