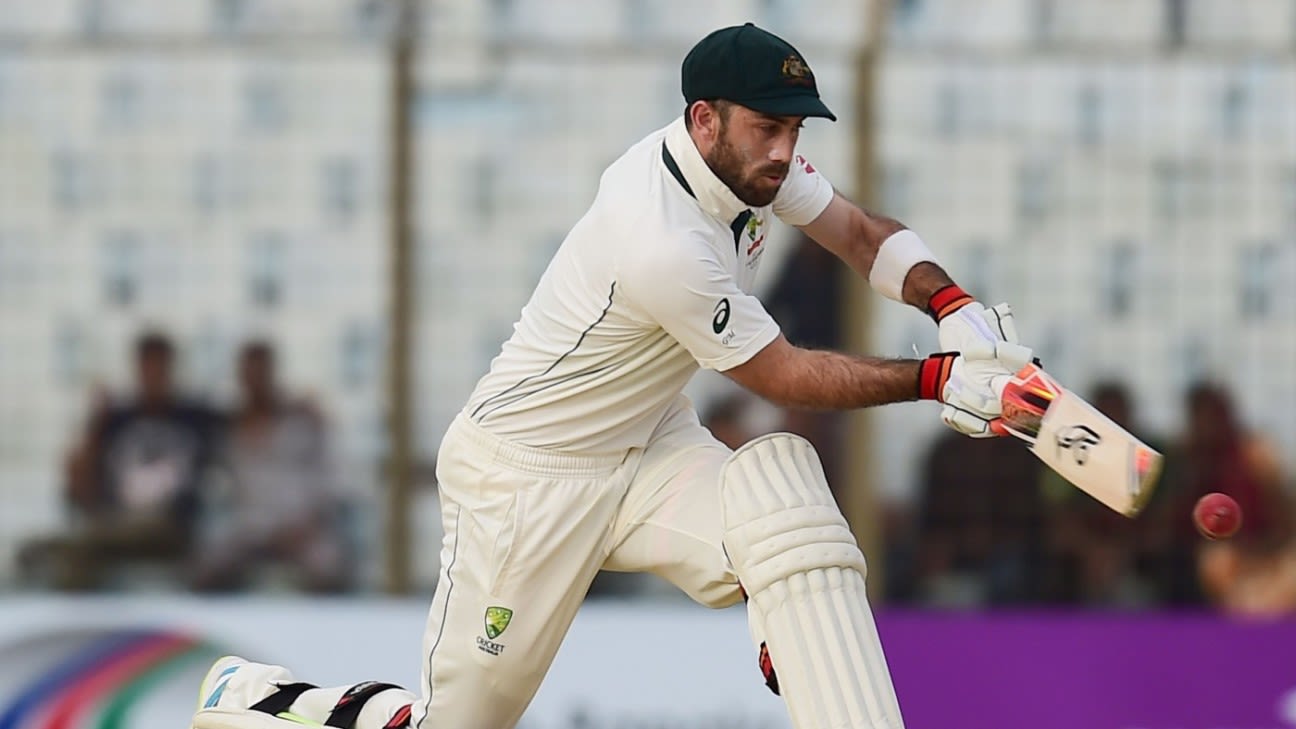 25.06.2022 SportsCelebrity 60Leave a comment
Glenn Maxwell had always held out hope, if not always complete belief, that he would get another chance in Test cricket. But he did not want to tempt fate in Sri Lanka, so did not pack his baggy green. And as it turns out, he’ll need a new one in Galle with the original having not aged well.

“I didn’t want to be presumptuous and it turns out I’m glad I didn’t bring it because it’s completely disintegrated,” Maxwell said. “So I’m going to have to get a new one for this Test tour. I’ll look like a first-gamer out there.

“My last Test was a win in Bangladesh and [the cap] is full of all sorts of different things. It’s stayed in the little bag that we get. I took it out last year and had a look at it and it was deteriorating, thought that’s not a good sign. My wife took it out yesterday and said ‘I don’t think I can bring this’, it looked terrible, so think when I get home I’ll see if I can get it fixed up but it’s not looking great at the moment.”

Maxwell was involved in squads briefly after his last appearance at Chattogram in 2017 – during the Ashes later that year, then as an emergency call-up in Johannesburg amid the ball-tampering scandal – but while it is not certain Maxwell will add to his seven Test caps the odds are narrowing after he was called up following Travis Head’s hamstring injury.

Having seen how the pitches played in the ODI series with an expectation of more of the same – and perhaps even greater spin – in the Tests there is an increasing sense that – to quote Liam Neeson in Taken – Maxwell has a very particular set of skills that Australia will need to call on.

“Looking back to 2017, being able to get a Test hundred in India is something I’m extremely proud and to be one of only a couple of people in the last decade to do that is something I’m hoping holds me in good stead for this as well. My game plan probably isn’t going to change a whole lot, probably just going to be a little more time consuming, being able to spend more time at the wicket, without any run-rate pressure on and I’m certainly looking forward to that opportunity to bat long periods of time.”

Maxwell has not played a first-class match since October 19 due to a combination of his extensive role in Australia’s white-ball sides and the impact of Covid-19 on the domestic schedule over the last two years. Before last season, he trained with Victoria ahead of the Sheffield Shield season but believes the conditions in Sri Lanka are so foreign to Australian players that domestic cricket is of limited value.

“[I was] always trying to stay ready just in case, knowing there was a fair few subcontinent tours coming up not just this year but next year as well,” he said. “At some stage you think you might give up hope but it’s just so nice to get the tap on the shoulder and have the faith I can do a job for this team.

“Even looking at these ODIs, I don’t think anything we do in our domestic competition prepares you for what you are facing out there. It’s so totally alien to us. That’s the hard thing for people trying to pick a squad back home, people might have success against spin in Australia but it just doesn’t compare to over here. It’s doing all sorts. To be able to combat that in different ways, sometimes a play and miss is a good shot, thought we saw that [in the last ODI] with the way Marnus [Labuschagne] and Alex Carey went about their work then Cameron Green at the end.”

Maxwell’s addition to the squad also provides another way for Australia to balance up their side with additional spin-bowling depth. It is likely another specialist will partner Nathan Lyon, but Maxwell could have an important role to play while also providing batting depth.

“The work I’ve done with the other side of my game, the bowling, being able to contribute regularly with the ball is something I’ve worked really hard on,” he said. “I’ve been lucky to have [spin-bowling coach Sridharan] Sriram follow me in different parts of the world, able to work together at the IPL, and feel like we’ve got a really good grasp on how the ball is coming out of my hand.

“With the batting, I just feel really comfortable with where my game’s at, been able to bat continually pretty well in these conditions and my footwork has been reasonable crisp. Certainly looking forward to the next couple of weeks.”