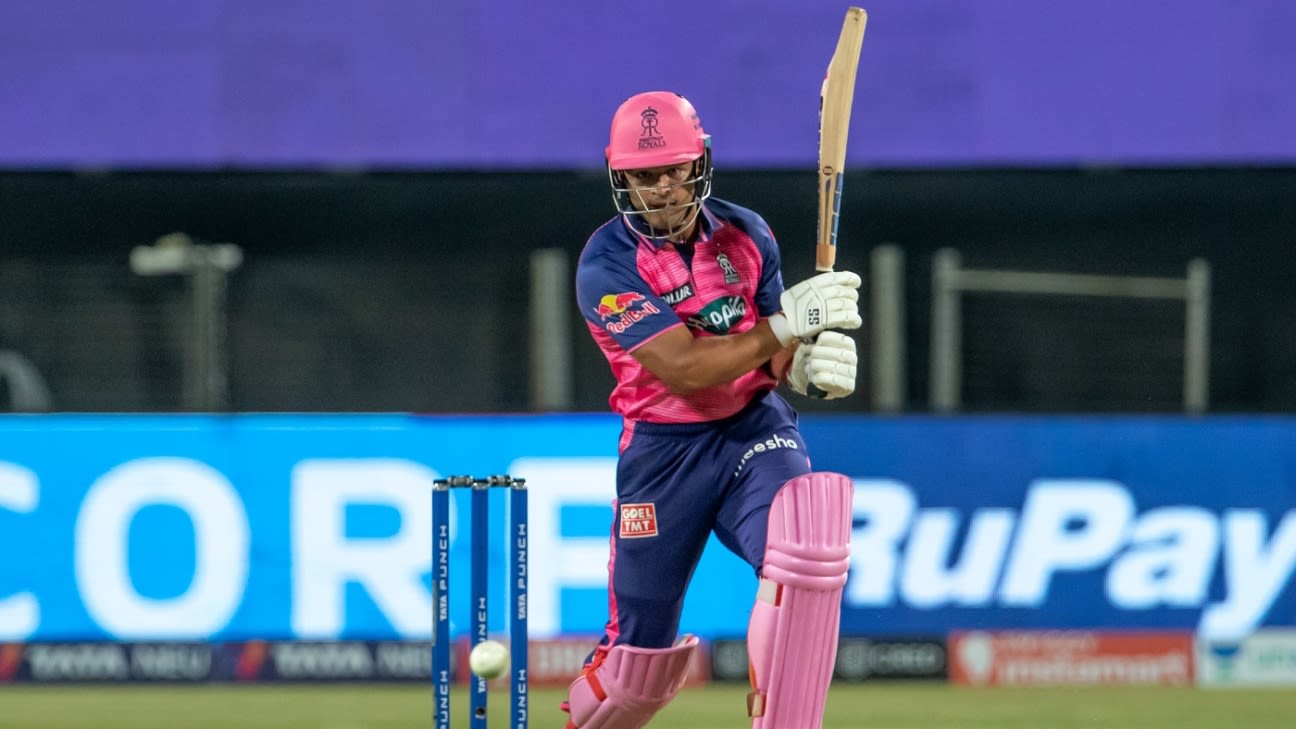 31.05.2022 SportsCelebrity 60Leave a comment
One of the hallmarks of Rajasthan Royals’ season – apart from both the orange and purple caps going to their players – will be how cleverly they made do with a thin batting line-up, which had R Ashwin bat at No. 7. They used him as a pinch hitter and as a pinch anchor too, and even retired him out once to maximise the death overs once his job was done.
“I think we have got a lot of improvement to do in all areas really,” Sangakkara said at the post-match press conference. “If you really take our batting, we had huge contributions from Jos, contributions from Sanju, and Shimron Hetmyer in the early stages. Riyan and Devdutt [Padikkal] played well in patches, but in terms of overall performance, we need a little bit from the support-role players.

“I think Riyan Parag has got a huge amount of potential, and I think we have got to work him into a higher batting number by the time we come in next season. I look forward to grooming him to become more of a kind of an early-middle-order player rather than just a death hitter because I think he is so accomplished against spin as well as pace.

“I think overall we have the purple cap, the orange cap, and as a team, we played extremely well. And I thought from the time we started the tournament to now, the guys have put in an amazing effort, so I am very, very proud.”

Parag ended up facing just 132 balls in 14 innings this IPL. His longest innings was his 31-ball unbeaten 56 against Royal Challengers Bangalore in Pune. During the season, they tried to shore up the batting by playing Daryl Mitchell and James Neesham, but that upset their bowling balance. Eventually, they went with their five best bowlers, leaving the batters to adjust. That perhaps left Buttler with the extra responsibility to bat through, which in turn left the extra onus on Samson and Yashasvi Jaiswal to bat quickly so that Buttler’s slower starts could be accommodated.

Asked about his own year, Samson told Star Sports at the post-match presentation: “The role was completely different this year with Jos playing 20 overs. All batters had a different mindset to play around him, play different situations, different strike rates, and take on the bowlers. Some nice 30s, 40s, 20s, but [there’s a] lot to learn more.”

Buttler, though, refused to put his slower starts down to the thin batting. Asked if he was left with the dual role of batting long and batting quick, Buttler told Star Sports: “Not at all. In good teams, you have a lot of trust in everyone. I have huge trust in everyone else. We played fantastic all season and came short today. I react to my own game. If the game asks me to be aggressive or hang in, I trust myself to make the right decision.”

That said, Jaiswal and Samson had made up for it with their quick starts to have Royals at 59 for 1 in eight overs in the final, which Sangakkara thought was a good base once they had made the surprising decision to bat upon winning only their fourth toss of the season.

“We were debating whether to put them in first as well,” Sangakkara said. “By the time we arrived at the ground, we looked at the pitch, it was pretty dry. And we thought it will get slower and maybe offer a little bit of turn for our spinners. So we expected to get about 160-165. We were really well-set in our batting innings: 70 for 1 at halfway mark. Then Sanju got out and then Hardik [Pandya] came on and bowled some beautiful overs and we let Gujarat back into the game.

“With 130, you need a bit of luck and some quick wickets in the powerplay. Yes, we did get two; unfortunately, we didn’t get [Shubman] Gill in that first over and the [asking] run rate never went over seven. So it was always going to be tough.”

Sangakkara was full of praise for his bowlers, but expected Ashwin to push himself more come next season. “Ash has done a great job for us,” Sangakkara said. “Even for Ash, being a legend in terms of what he has achieved on the cricketing pitch, there will be a lot of improvements and thinking to do, especially with his offspinner and bowl more of it.”

Sidharth Monga is an assistant editor at ESPNcricinfo