Will Patriots reach new heights behind a new-look Mac Jones? 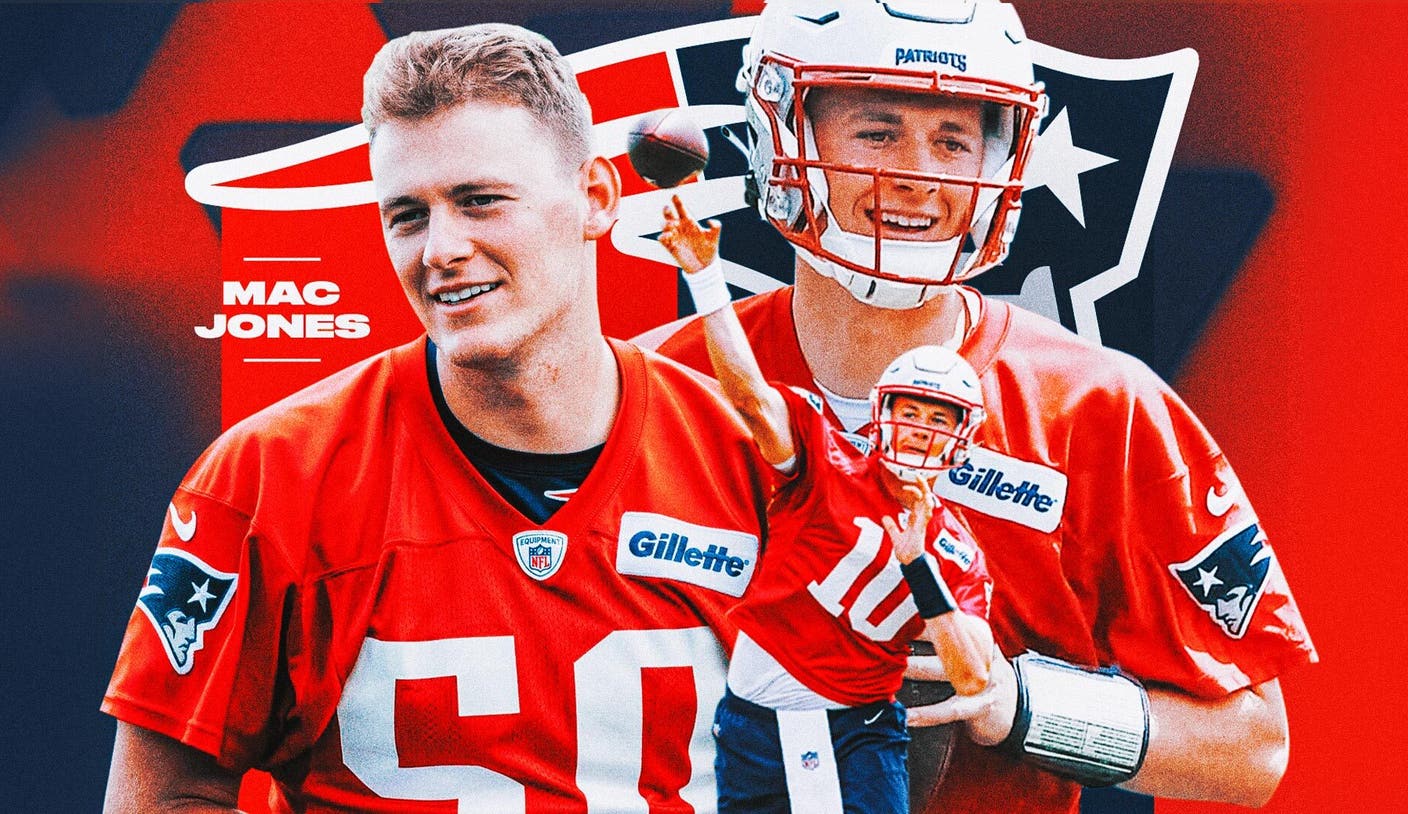 There was a buzz around the New England Patriots on Monday when word broke that second-year quarterback Mac Jones had shown up with a new look and a slimmed-down physique.

Jones, who was the 15th overall pick out of Alabama in the 2021 draft, said he made conditioning a priority in the offseason, even though he had just passed for 3,801 yards and 22 touchdowns (with 13 interceptions), led the Pats to 10 wins and a playoff berth and been selected to the Pro Bowl.

“I think every year you want to do like a self-evaluation: How you felt through the games and body fat, all that stuff,” Jones said. “For me, just clean up my diet, and I’ve learned more this offseason than I probably ever have about nutrition, sleep, wellness, all that stuff.”

The best-shape-of-his-life narrative around Jones created excitement among Patriots fans, which is understandable given the franchise’s struggles to regain its footing following Tom Brady’s departure for Tampa Bay after the 2019 season.

Kevin Wildes, cohost of “First Things First” and a noted Patriots fan, is one of them.

“He’s improved his body, his arm and his mind,” Wildes raved.

“First of all, his body. He lost that beautiful tummy of his, the little, what I call baby fat, or maybe even a little baby GOAT fat. Secondly, his arm. Guess who we was working with in the offseason? Tom House!  … Tom House has worked with Tom Brady, so of course Mac Jones’ arm is going to be better.”

House is a former MLB pitcher who has since built a career as a biomechanics expert and pitching/throwing coach. House has worked extensively with Brady over the years, and Jones revealed on Monday that he has worked with House as well.

“Finally, it’s his mind,” Wildes continued. “He’s got another year of experience under his belt.”

Wildes went on to argue that critics judged Jones more harshly than the other quarterbacks in the 2021 draft class, including Trevor Lawrence (No. 1 overall pick of the Jaguars), Zach Wilson (No. 2, Jets), Trey Lance (No. 3, 49ers) and Justin Fields (No. 11, Bears).

“Why can’t Mac Jones get the same narrative that we afford to every other QB?” he said. “If you look at preseason predictions for all the other second-year QBs, you hear the same thing. Oh, Trevor Lawrence, another year. Ooh Zach Wilson, another year under his belt. Watch out for the Bears with Justin Fields, another year. Ooh Trey Lance, are they going to be better because he threw for 600 yards?

“What about the Pro Bowler baby GOAT? Oh, he’ll probably be the same.”

Wildes might have a point, as Jones compared quite favorably to his fellow rookie QBs last season.

Perhaps most importantly, Jones’ 67.6% completion percentage was the second-best ever by a rookie — trailing only Dak Prescott’s 67.8% in 2016 — and he was the first Patriots rookie QB to start a postseason game.

So why all the skepticism around Jones’ future?

Wildes’ co-host Nick Wright said it’s simple: “The expectations with Mac Jones when he came into the league was that he is the most polished, he is the most pro-ready. So why didn’t he go higher? Because he has the lowest ceiling. … Their concern was that what he is coming out of Alabama is kind of what he is going to be.”

And Wright took his argument further, making a case that Jones doesn’t compare favorably to the other QBs in his conference.

“I was going to do a list of AFC quarterbacks who are better than Mac Jones. It’s too long,” Wright said. “What are the AFC quarterbacks that anyone can say with any level of confidence, Mac Jones is better than? I came up with two and a half. Tua [Tagovailoa], Mitch Trubisky, and even though it pains me because I do love this man’s neck, Davis Mills. … And I’m iffy on Mills.”

While the debate might rage around the upside of Jones and the Patriots this offseason, the true test will come on Sept. 11, when the Patriots head to Miami to take on the Dolphins in Week 1.