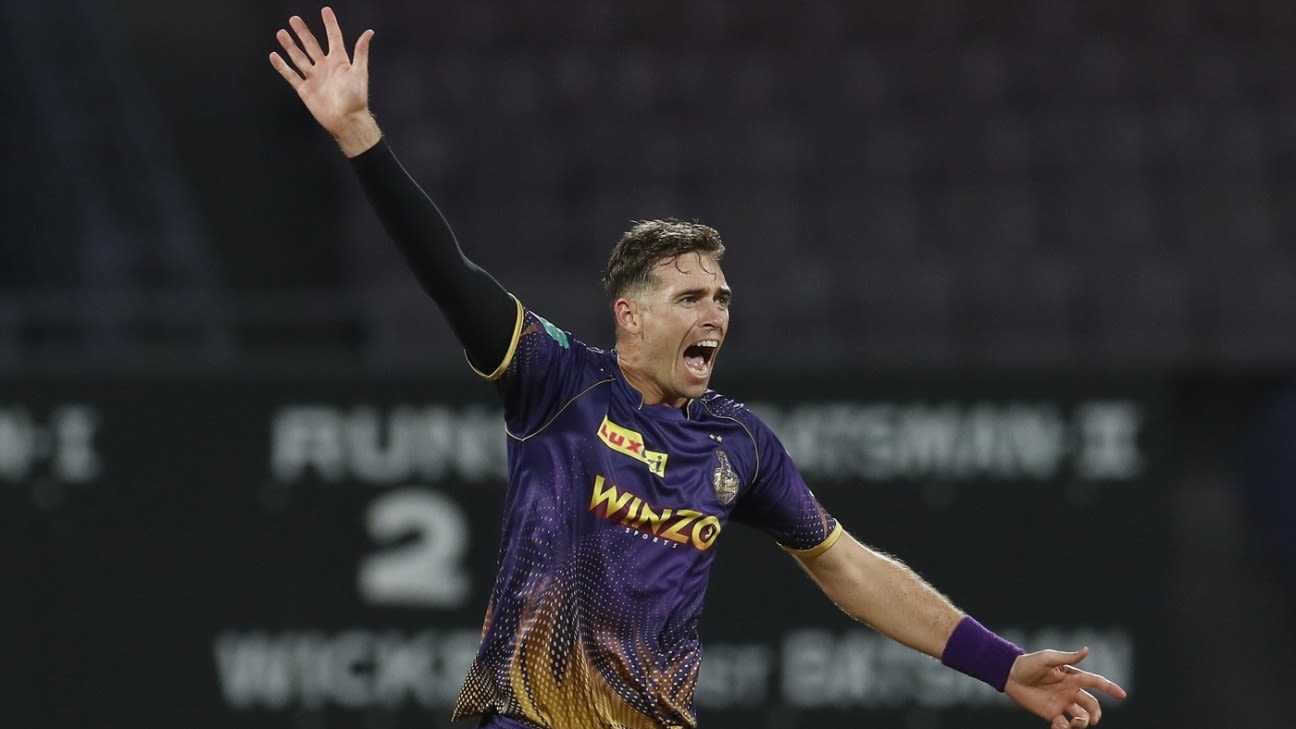 Captain: Andre Russell
In a team which misses their pace spearheads Umesh Yadav and Pat Cummins due to injury, Andre Russell would be expected to bowl and pick up wickets. He is already the second-leading wicket-taker for his side this season with 14 wickets in 11 innings at a jaw-dropping strike rate of 9.0, just one wicket short of Umesh’s 15. In the reverse fixture too, he got the most fantasy points among all players in that game for his 49(25) and 2/20.
Vice-captain: Tim Southee
Tim Southee has contributed exceedingly well for a second-choice pacer picking up 12 wickets in seven games at an average of 16.25 and an economy of 7.22. Against Sunrisers, he has taken eight wickets in his last six games at an average of 23.75 and an economy under eight.
Hot Picks
Aiden Markram: One of the most consistent run-scorers this season is Aiden Markram with 326 runs in nine innings at an average of 65.20 and a strike rate of 142.98. In the reverse fixture, he scored an unbeaten 36-ball 68. Earlier in this season, he scored an unbeaten 41-ball 57 at this venue.
Nitish Rana: Ever since he started playing for Knight Riders from 2018, Nitish Rana has been their leading run-scorer. After a sedate start to this season he has found form in the recent games recording four 40+ scores in his last seven games. He has scored more runs against Sunrisers than any other IPL opposition – 394 runs in 12 games at an average of 32.83.

Differential Picks
J Suchith: He might not be one of the big-name players in Sunrisers camp but he has been one of the top-performing fantasy players in all four games he played this season. He is yet to go wicketless this season picking up six wickets in four games at an economy of 7.28 and a strike rate of 14

Rinku Singh: On a venue which has been a bit tricky for batters, lower order batters like Rinku Singh will play a major part. His scores this season are 23*, 6, 42*, 23 and 35. He has also taken a staggering nine catches and effected one run-out this season.