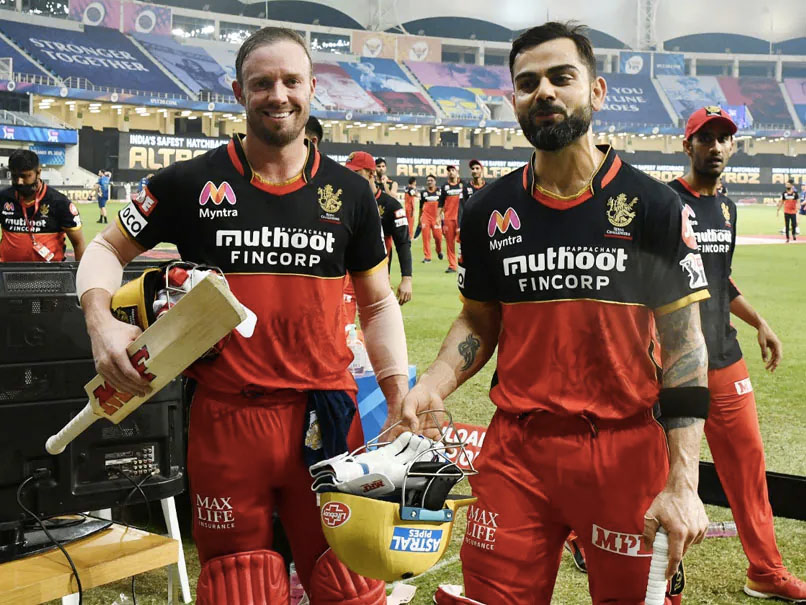 Former Royal Challengers Bangalore captain Virat Kohli has been struggling for runs this season in the ongoing Indian Premier League (IPL) 2022. Apart from his fifty in the last game against Gujarat Titans (GT) and a masterful knock of 48 runs earlier in the tournament versus Mumbai Indians (MI), Kohli has mostly been out of form. The right hand batter has so far scored 186 runs in 10 matches at a below-par average of 20.67 in IPL 2022. Going by the statistics, former RCB batter AB de Villiers had a word of advice for Kohli while talking to AFP.

De Villiers, variously known as ‘Mr 360’ for his strokeplay and ‘Superman’ for his astonishingly agile fielding, says he was fortunate not to have had too many bad runs with the bat during his career. However, he sympathises with his close friend, Indian superstar Virat Kohli, who he played with at Indian Premier League franchise Royal Challengers Bangalore.

“King Kohli” had been going through a rough patch including two successive golden ducks before he hit 58 on Saturday. He has also failed to score a century in over 100 matches in all formats.

“As a batsman you are only one or two bad knocks away from bad form,” said de Villiers.

“If it keeps coming at you it is difficult to bounce back from it.”

De Villiers says he has not been in touch with Kohli, but says the struggle becomes largely one of the mind. “I cannot put a percentage to it but it is the mind and power of the mind which is the main battle,” he said.

“You do not become a bad player overnight. Virat would know it and I know it. I think it’s the way you think and set your mind. You need a clear mind and fresh energy whenever you play and then you can find a way out of a hole.”

“Test cricket is my number one format,” he said. “I think most players feel that way. There is nothing more rewarding than standing out there for five days with your team.

“It is the ultimate challenge. I do not know why anyone would say they do not want that challenge in the hardest of formats.

“I will stop watching cricket if Test cricket were to be no more.”