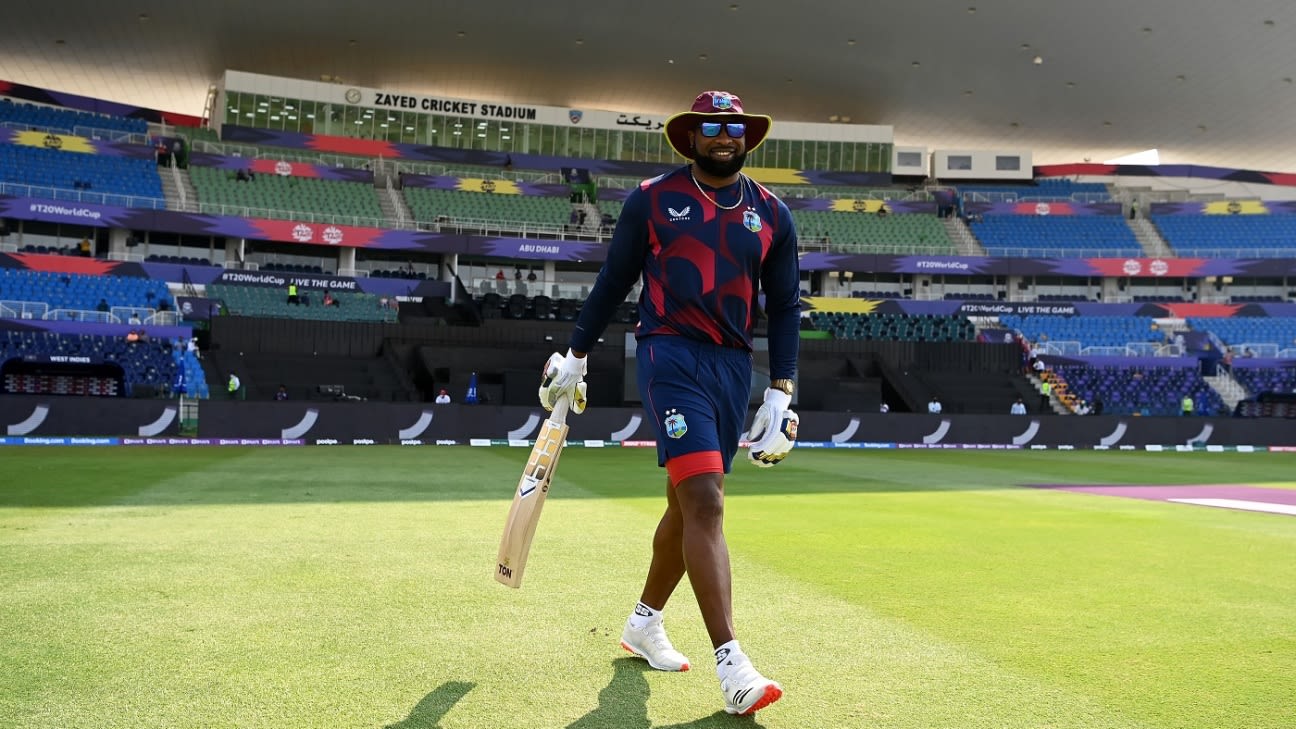 “After careful deliberation, I’ve today decided to retire from international cricket,” Pollard wrote on Instagram. “As is the case of many young persons, it was a dream of mine to represent the West Indies team from the time I was a boy of 10 years and I’m proud to have represented West Indies cricket for over 15 years in both the T20I and ODI forms of the game.

“I can still vividly remember making my international debut in 2007 under the leadership of my childhood hero, Brian Lara. Wearing those maroon colours and playing alongside such greats has been a privilege that I never took lightly, giving my heart and soul in every facet of the game – whether bowling, batting or fielding.”

Pollard went on to call captaining West Indies “the highest honour bestowed” on him and that he led with “passion, openness, courage, and everything I could ever possibly give both on and off the field without ever compromising my principles and integrity.”

With a T20 World Cup coming up later this year in Australia and an ODI World Cup next year in India, Cricket West Indies will now have to pick a new captain in both formats.

“On behalf of everyone at CWI I would like to express our thanks to Kieron Pollard for his outstanding service to the West Indies ODI and T20I teams over the past fifteen (15) years,” CWI president Ricky Skerritt said in a media release. “We respect his decision to retire from international cricket and are especially grateful for the high quality of leadership and commitment he invested in both West Indies teams since his appointment as our white-ball captain in September 2019. We wish him continued success in his career.”

Pollard, who will turn 35 next month, played 123 ODIs after making his debut in the 2007 World Cup, scoring 2706 runs at an average of 26.01 with three centuries, and took 55 wickets along the way too. In 101 T20Is, he scored 1569 runs while striking at 135.14 with a high score of 75 not out. He never played a Test for West Indies and was one of many white-ball specialists for West Indies for more than a decade, who revolutionised the T20 game across the world. Pollard has played the second-most men’s international games (224) without playing a Test after David Miller.

He was, however, left out of their ODI team in December 2014, ahead of a series in South Africa. His axing – along with that of Darren Sammy and Dwayne Bravo – came soon after West Indies had pulled out of their tour of India with an ODI, a T20I and three Tests still remaining, following a dispute between Cricket West Indies and the players’ association over payment structures.

Pollard returned to international cricket in June 2016 and was then made captain for ODIs and T20Is in 2019. He went on to lead them to series wins against Afghanistan in India, against Ireland at home, against Sri Lanka both home and away in T20Is, and against England at home earlier this year in T20Is.

Overall, he led West Indies in 61 matches in the two formats, of which they won 25 and lost 31.

Pollard is the only West Indies cricketer to have played 100 T20Is, and he struck the second-most sixes (234) for them in international cricket, after Chris Gayle’s 552.

Pollard is currently in India playing the IPL for five-time campions Mumbai Indians.