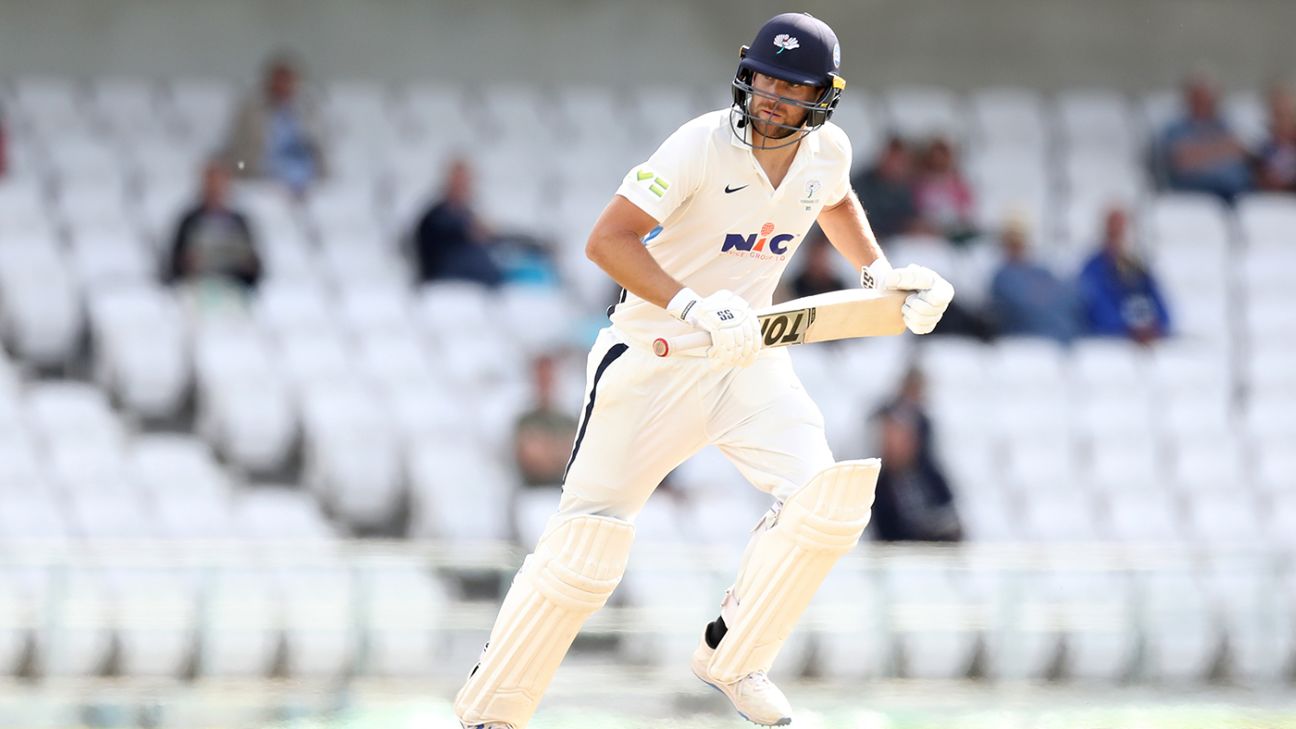 Yorkshire have endured a rancorous winter, with racism allegations to the fore, but victory in their opening match of the season will sustain the belief that on the field they are in good order. They overhauled a target of 211 in 60 overs with six wickets and 11.5 overs to spare, and have looked a happy and confident unit throughout. Their MD of cricket, Darren Gough and coach Ottis Gibson can take considerable credit for creating that mood of positivity, but ultimately matches are won on the field and until Dawid Malan took charge with a run-a-ball 65, the outcome felt as if it might be tighter.

In an awkward chase, the sight of Malan at the crease conveys the impression that the grown-ups are in charge, and he fashioned the task with the professional air of a man who had done it countless times in the past, finally seeing off Gloucestershire’s challenge after four days of hard-fought cricket which showed the Championship in a favourable light.

When Yorkshire enticed Malan from Middlesex in time for the 2020 season, they imagined they had made a perfect signing, a high-class player who possessed international pedigree, but whose England career – for all his ambition – might well be over. Best-laid plans and all that. Days later, Malan hit the fastest T20 hundred in England’s history, won an IPL contract with Punjab Kings and then regained his Test place.

Two years later, with Malan now 34, Yorkshire will hope once again that he can be the ever-present, dominant figure in their middle order, not that it would be wise to tell him as much. He got on with the job unfussily and, by the time he was fourth out, slog sweeping to deep midwicket, Yorkshire’s confidence that they could chase down another 65 in 23 overs was cemented in.

That was the perfect scenario for Harry Brook‘s unbeaten half-century, a succession of blissful drives and two successive pulls against the left-arm spinner Zafar Gohar to reach his 50. Harry Duke even had the luxury of practicing some cheekie-chappie paddle scoops. They had Malan to thank for that.

“Winning in the way we did is fantastic, especially under new leadership and new direction,” Malan said. “The pitch became a little bit dead, but because the boundaries were quite short on one side and there was a wind, we were able to target their quicker bowlers, which we did quite well. The original plan was to just bat and see where we were with 20 overs to go, but I managed to find a bit of momentum and just went with it. It’s up to us senior professionals to bring the younger ones along. We’ve seen that with Harry Brook in this game. He is learning how to play certain situations and is fast becoming a senior player himself.”

Gloucestershire hung in there determinedly until the final session – showing the same resolve as in their nail-biting draw against Northants last week. But gnawing away at their self-belief would be the knowledge that counties like to chase at Bristol, where the pitches can encourage bowlers on the opening day but which become overly placid, lacking pace and turn, in the later stages of the match. Lancashire’s Kyle Jarvis and Imran Tahir, for Derbyshire, are rare examples of bowlers who has pulled off a match-winning fourth-innings display on this ground in the past decade.

Gloucestershire had little leeway if they were to avoid defeat, but their challenge wilted markedly after tea. They will find optimism, however, as far as their bowling attack is concerned, in the six wickets in the match for Ajeet Singh Dale, who looked lively throughout.

Yorkshire’s chase was cagey until tea, 53 on the card for the loss of Adam Lyth and the debutant, James Wharton, and only two boundaries managed in 23 overs. Lyth fell at fine leg, hooking Matt Taylor from well outside off stump when a cut would have been a better option. Wharton, who might have fallen to Taylor from the first three balls he faced, was bowled through the gate by Singh Dale.

A wearing fourth-day pitch, with turn for Gohar, would have made Yorkshire’s chase more challenging, and his immediate introduction into the attack when Malan came to the crease appeared to be an intended match-up, but there was no purchase to be had. Malan soon had the upper hand. George Hill, a patient soul, was also showing signs of opening up when he overbalanced and clipped a half-volley from Singh Dale to midwicket.

Gohar exhaled in disbelief when Malan lobbed one over his head, but it was to be his last scoring shot. The next ball, he slog-swept Gohar to the longest boundary where Ryan Higgins, on the line and at full stretch, calmly knocked the ball up to complete the catch at the second attempt.

Gloucestershire, six down for 253 overnight, and the second new ball only four overs old, resisted gamely until the sixth over after lunch, adding another 106 runs. Another half hour might have been enough. The dominant figure was again James Bracey, who resumed on 112 and who was last out for a career-best 177, spanning more than seven-and-a-half hours, when he drove Steve Patterson to short extra. Patterson is 38 now, one of the slowest third seamers around, not much above 70mph, but he bowled with great nous and control for his 3 for 43.

What does this mammoth effort say about Bracey’s suitability for England? There is no doubt that he is in form, as hundreds in the first two matches of the season testify. He is one of the most disciplined top-order batters around and such attributes among top-level players are in short supply.

But slow county surfaces such as these can only reveal so much and do not provide ideal preparation for a Test career; in that, Bristol is no different to many squares up and down the country. Most disconcertingly perhaps is that Bracey was struck on the helmet for a second time by the one bowler in the match with true pace, Haris Rauf. Saturday’s blow was full-on when he failed to hook. On this occasion, he ducked, calmly enough but not quite low enough and the ball skimmed the top of his helmet.

As he tired, Rauf caused him more trouble than most. Just before the physios came on with his third helmet of the match, he survived a vociferous appeal for a catch at the wicket – the ball brushing his trouser pocket – and almost chipped up a catch down the leg-side off his hip, the ball falling just short of a scrambling wicketkeeper. Two emphatic pulled sixes against Rauf in a calculated final assault will have been confidence-restoring.

Rauf gives Yorkshire’s attack an extra dimension. He has scant first-class experience, but he maintained an impressive pace and, at the very least, could mop up a few tails in quick succession before his stint comes to an end.