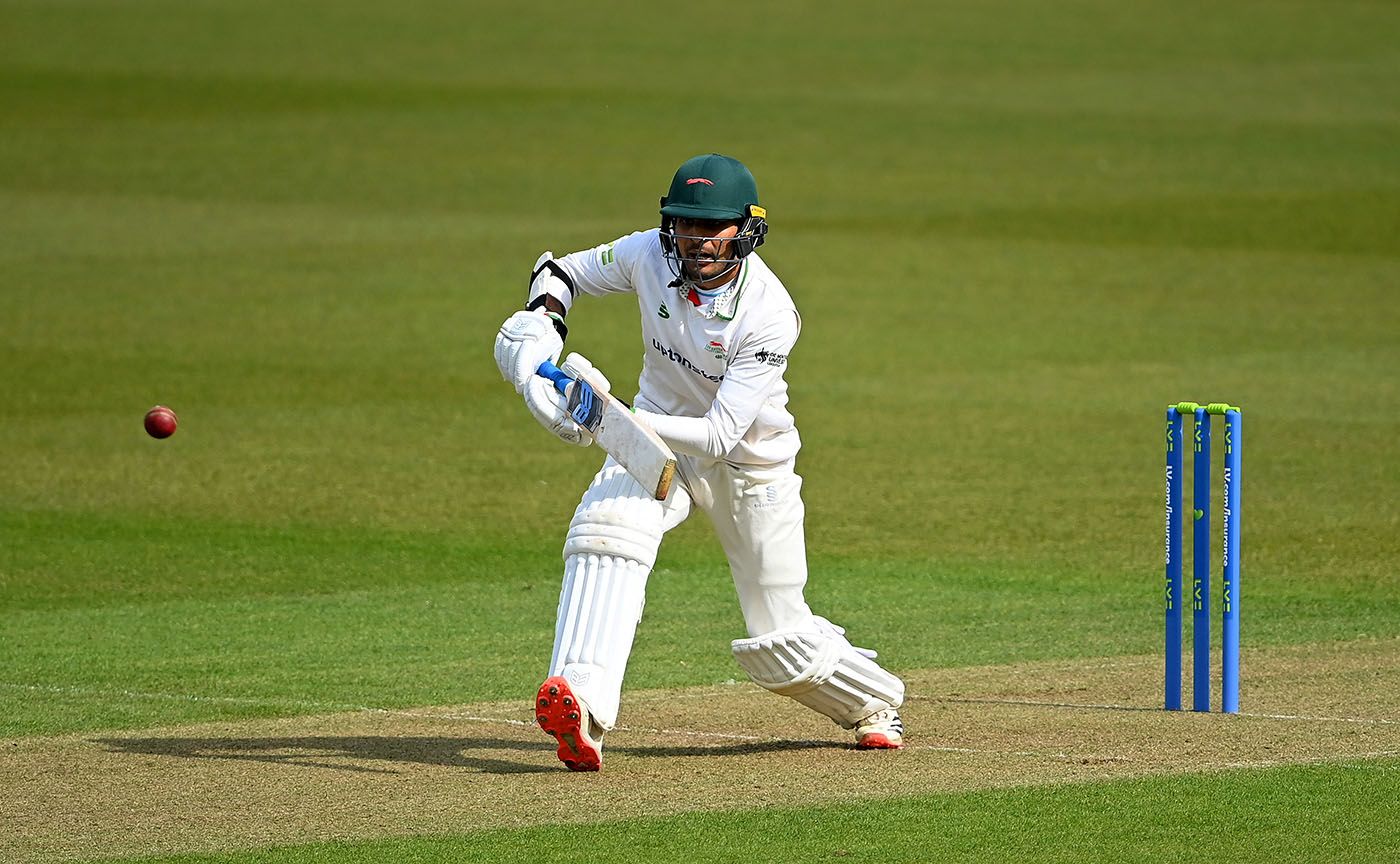 A century of heroic defiance by Leicestershire opener Hassan Azad and a last-wicket stand spanning an hour and 38 minutes denied Worcestershire victory after a tense finish to their LV= County Championship match at the Uptonsteel County Ground.
The 28-year-old left-hander batted throughout the final day for 104 not out as Leicestershire, who had been set 370 to win after Worcestershire declared on their overnight score, finished on 218 for 9 after last man Beuran Hendricks kept out 60 deliveries at the other end.
Worcestershire had looked odds-on to open their Division Two season with a win after reducing their hosts to 82 for 5 at lunch and then 122 for 7 midway through the afternoon session after teenaged spin bowler Josh Baker produced a career-best 4 for 51.

To compound their frustration, they missed a chance to remove Azad on 75 at 153 for 8 when wicketkeeper Ben Cox spilled a leg-side catch off seamer Ed Barnard. Azad’s vigil had lasted six hours and 17 minutes when the last ball was bowled.

Ed Pollock’s debut century on Saturday had given Worcestershire the opportunity to set the terms for the last day and after 18-year-old orthodox left-armer Baker took three wickets in the space of 18 balls to send them to lunch on 82 for 5, Leicestershire faced a long battle to save the game that for most of the last two sessions looked likely to prove too much.

Leicestershire suffered a first setback only four overs into their second innings when Charlie Morris found enough movement to have opener Sam Evans caught behind. George Rhodes avoided a pair but was undone by a ball from Dillon Pennington that flew to point off a high part of the bat, Ed Barnard taking a fine low catch.

Baker did not find too much turn but bowled with impressive control and struck in consecutive overs before lunch. He removed Colin Ackermann via another fine catch by Barnard, this time at slip, albeit off a loose shot by the Leicestershire skipper, then trapped Lewis Hill leg before and bowled Harry Swindells off an inside edge.

Ben Mike stayed with Azad for a dozen overs after lunch but was then drawn into playing a ball from Pennington that left him enough to take the edge, Pollock taking a straightforward catch at first slip.

Baker picked up a fourth victim in the shape of Ed Barnes when he pushed one through to have the Leicestershire man leg before on the back pad.

Azad at last found a steady ally in left-arm spinner Callum Parkinson and it was beginning to look as though the second new ball might by key as the pair dug in for almost an hour.

Then, in an inspired bowling change, Worcestershire skipper Brett D’Oliveira turned for the first time in the match to the legbreaks of Azhar Ali and was immediately rewarded as the Pakistan international tempted Parkinson into a drive for four and had him fishing enough at the next ball to be caught behind.

Leicestershire hoped the Azad drop would prove unimportant after Pennington’s appeal for leg-before against Chris Wright was upheld, leaving the home side nine down for 173 with more than 25 overs still to play. Yet the South African international Hendricks, making his debut for the Foxes, defied all attempts to get him out, with an assuredness that only grew as the overs ticked by.