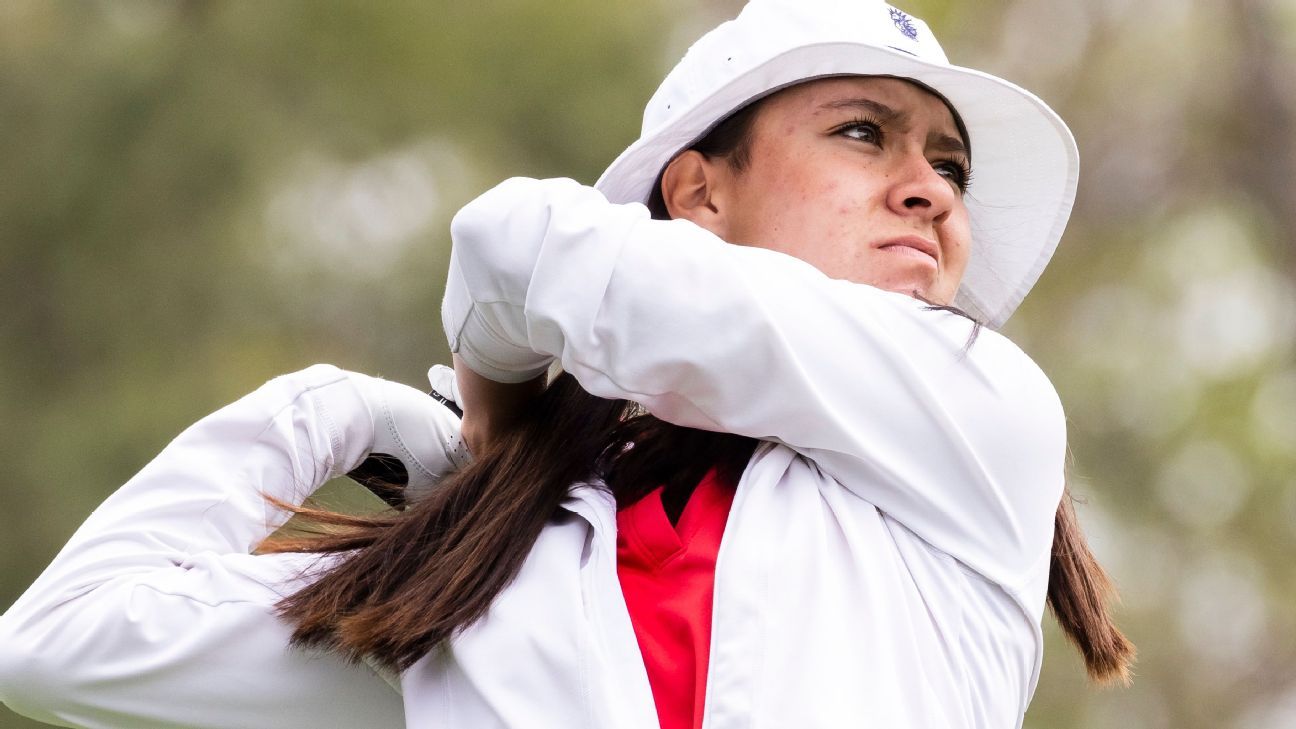 AUGUSTA, Ga. — Anna Davis didn’t know many of the players when the 16-year-old arrived for her first Augusta National Women’s Amateur. They all know who she is now.

Davis got into the mix with two birdies around Amen Corner, closed with a 3-under 69 and took the title Saturday when Latanna Stone collapsed over the final two holes at Augusta National.

Stone, a junior at LSU, appeared to have the tournament in hand when she hit the ridge on the par-3 16th and watched her golf ball trickle down to 2 feet for her sixth birdie of the round, giving her a 2-shot lead with two holes to play.

From the 17th fairway, Stone came up short, pitched too strong over the bunker to about 35 feet and three-putted for a double bogey. Then, she pushed her drive into the pine straw on the 18th, did well to get near the front of the green and then chipped too strong.

Stone’s 15-foot par putt to force a playoff never had a chance. She shot 72.

That left Davis the only player under par of the 30 who made the cut. She finished at 1-under 215 and was mobbed by a few other teenage friends in the elite field.

Davis, a left-hander from just east of San Diego, never looked fazed by the stage she was on or the stakes, calmly strolling along with ponytails spilling out of her bucket hat.

“I don’t think I’ve ever played in front of that many people,” Davis said. “I wasn’t as nervous. I knew I was an underdog in the field. I didn’t have as much pressure on me to do extremely well. I was just out there having fun.”

Coming off birdie at the 12th to get back to even par, Davis laid up on the par-5 13th and hit wedge off the slope to short range for birdie. Even when she went long on the 17th, the teenager had perfect touch on a pitch to tap-in range to save par on the 17th.

It was the second straight year contenders at the Augusta National Women’s Amateur lost a lead with a big number.

Ingrid Lindblad had the best round with a 4-under 68 and joined Stone, her teammate at LSU, in a tie for second. She also had regrets. Lindblad had a birdie-eagle sequence on the front and the back nine. But she hit into a fairway bunker on the 18th, couldn’t reach the green and missed a par putt to ultimately finish a shot behind.

Beatrice Wallin of Florida State, who started the final round tied with Stone at even par, closed with a 73 and tied for fourth alone with Amari Avery (72) and Benedetta Moresco (71).

Davis is a sophomore in high school who still doesn’t have a driver’s license and can’t even talk to college recruiters until June. She began to make a name for herself last summer when she won the Heather Farr Classic on the AJGA circuit and the Girl’s Junior PGA Championship.

She was part of the Junior Solheim Cup and Junior Ryder Cup teams.

Masters chairman Fred Ridley presented her the trophy — no green jacket for this win — and introduced her as one of the winners at Augusta National.

Davis, who shares a March 17 birthday with club co-founder Bobby Jones, has a twin brother, Billy, who was watching his sister keep it together.