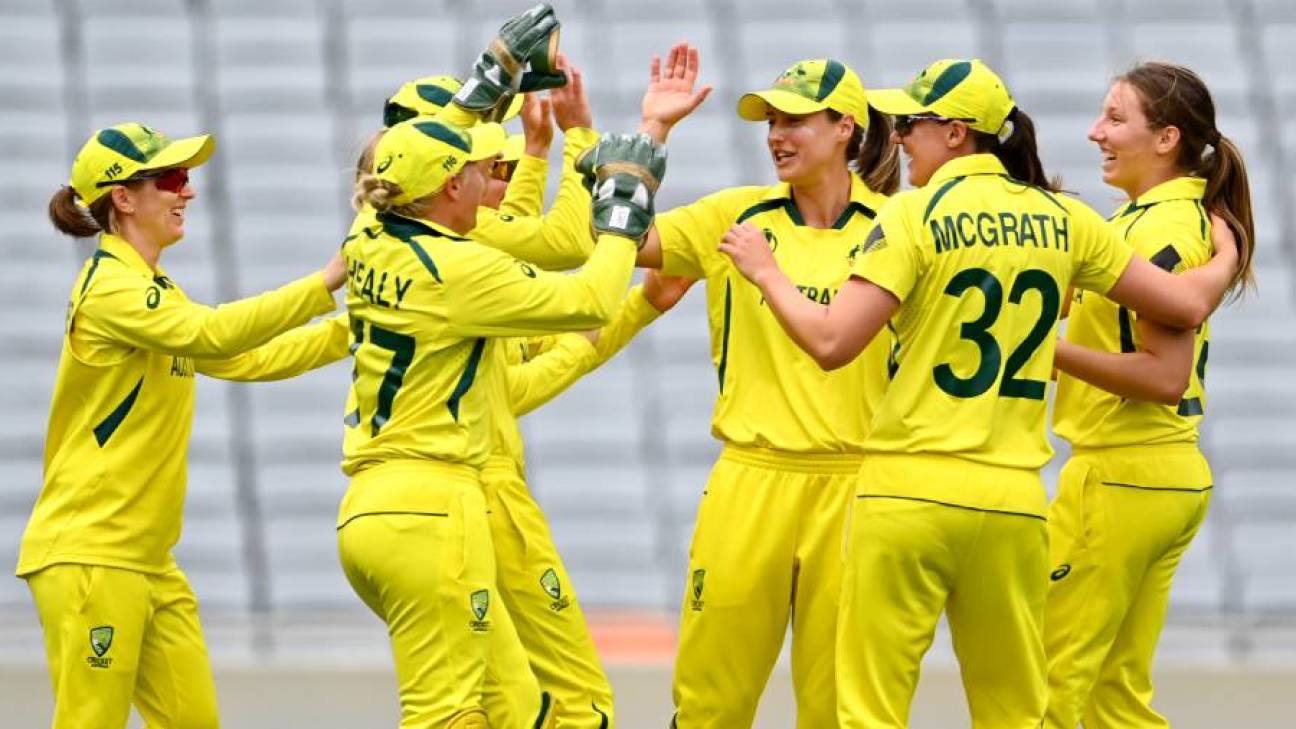 Bangladesh unchanged in 43-overs-a-side contest, the first-ever ODI between the two sides

The first-ever ODI between Australia and Bangladesh got off to a damp start as a two-hour rain delay reduced the league-stage 2022 ODI World Cup fixture in Wellington to a 43-overs-a-side contest. Australia, who brought in teen quick Darcie Brown for the injured Ellyse Perry, opted to bowl in blustery Basin Reserve conditions against an unchanged Bangladesh.
Brown was left out of the XI for the match against South Africa on Monday with a view to managing her workload. In windy, overcast conditions, she is expected to play a key role with the new ball along with Megan Schutt. Bangladesh, for their part, could face by far their toughest challenge with the bat yet in a tournament their bowlers have not been adequately supported by their batting line-up.

Australia have won all their six matches so far and were the first team to qualify for the semi-finals. Bangladesh are mathematically alive in the race to the knockouts but with only one win in five games and an inferior run-rate than teams with more wins, they are unlikely to make the semi-finals even if they beat Australia on Friday and England on Sunday.

The playing conditions of the rain-affected game in Wellington permit only a nine-over powerplay per side, with three bowlers allowed to deliver nine overs each and two bowlers eight overs apiece.