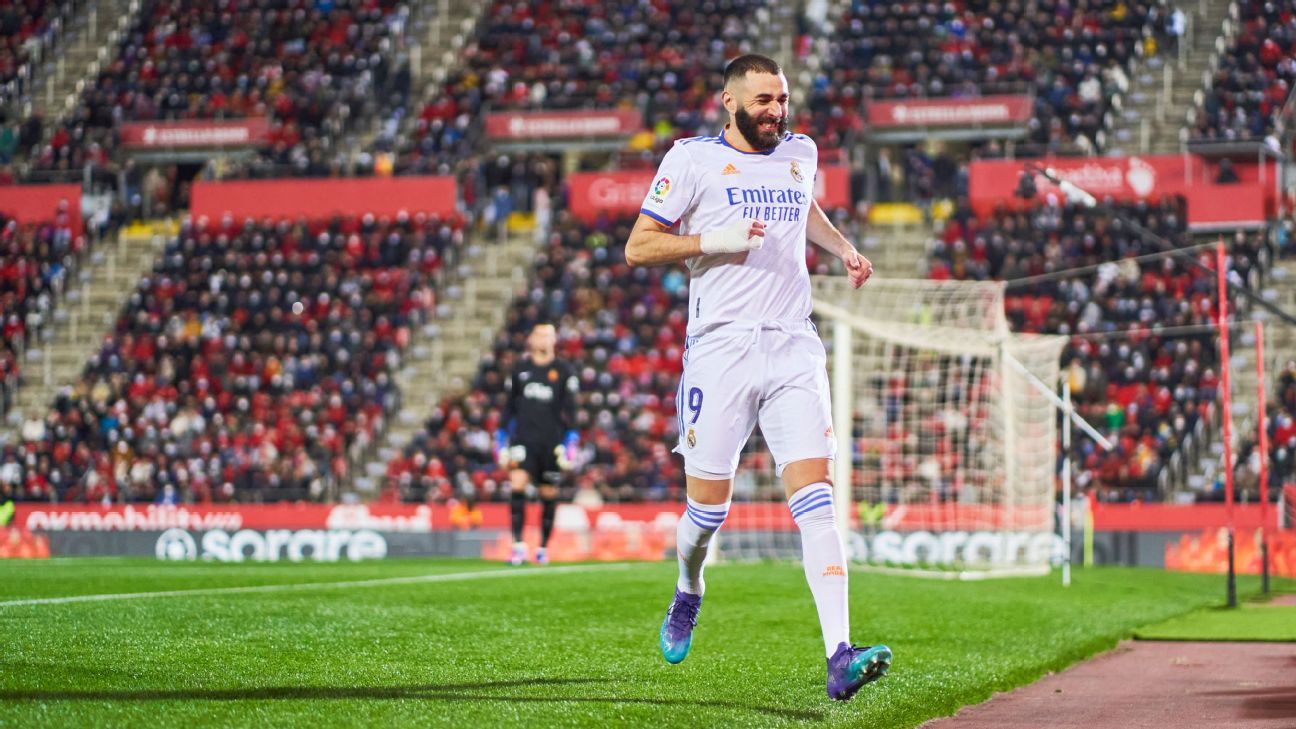 Karim Benzema will miss Real Madrid‘s El Clasico clash with Barcelona on Sunday (stream LIVE at 4 p.m. ET on ESPN+ in the U.S.) with a calf injury.

The forward — who was hurt after scoring twice in Madrid’s 3-0 win at Mallorca on Monday — was unable to train with his teammates on Saturday, in their last session before the high-profile fixture.

– La Liga on ESPN+: Stream LIVE games and replays (U.S. only)
– El Clasico to be played in away kits, and fans aren’t happy
– Everything you need to know ahead of El Clasico

Benzema, 34, is LaLiga’s top scorer with 22 goals, as well as providing 11 assists, and his absence is a blow for Madrid as they look to close in on the title.

“We never take risks,” coach Carlo Ancelotti said in a news conference on Saturday. “Tomorrow [Benzema] can’t play because he hasn’t trained, he feels some discomfort. It’s a small injury… [Gareth Bale] is one of the alternatives. We have Mariano [Diaz], we have [Luka] Jovic, I’ve played Isco and Rodrygo there too. There are a lot of options.”

“Karim is 34 years old, it can happen,” he added. “It doesn’t worry me, we have two weeks now to work with him. We have time to get him ready for the end of the season, and he’ll come back and make the difference like always.”

Madrid go into El Clasico top of the table, 15 points ahead of Barcelona, and have won their past five games in all competitions.

However, Barca’s form has also significantly improved under coach Xavi — after a rocky start to the season with predecessor Ronald Koeman — and have not lost in LaLiga since December.

“The identity of [Barcelona] won’t change, it never does,” Ancelotti said. “They have a clear style of play. Xavi is doing well. The team has improved a lot and they’re in good form right now… We’ll have to play an all-round game: defend well, press well, play well with the ball, bring it out from the back, be direct. A complete game.”

Madrid will also be without left-back Ferland Mendy, who picked up a hamstring injury against Mallorca, although winger Rodrygo, who had to be carried off during the same game, trained on Saturday and is expected to be available.

Madrid’s confidence was buoyed by their dramatic 3-1 comeback win against Paris Saint-Germain in their Champions League round-of-16 second leg last week, in which Benzema scored a 17-minute hat trick.

Friday’s Champions League quarterfinal draw saw them paired with Chelsea in the quarterfinals, before a possible semifinal against either Manchester City or Atletico Madrid.