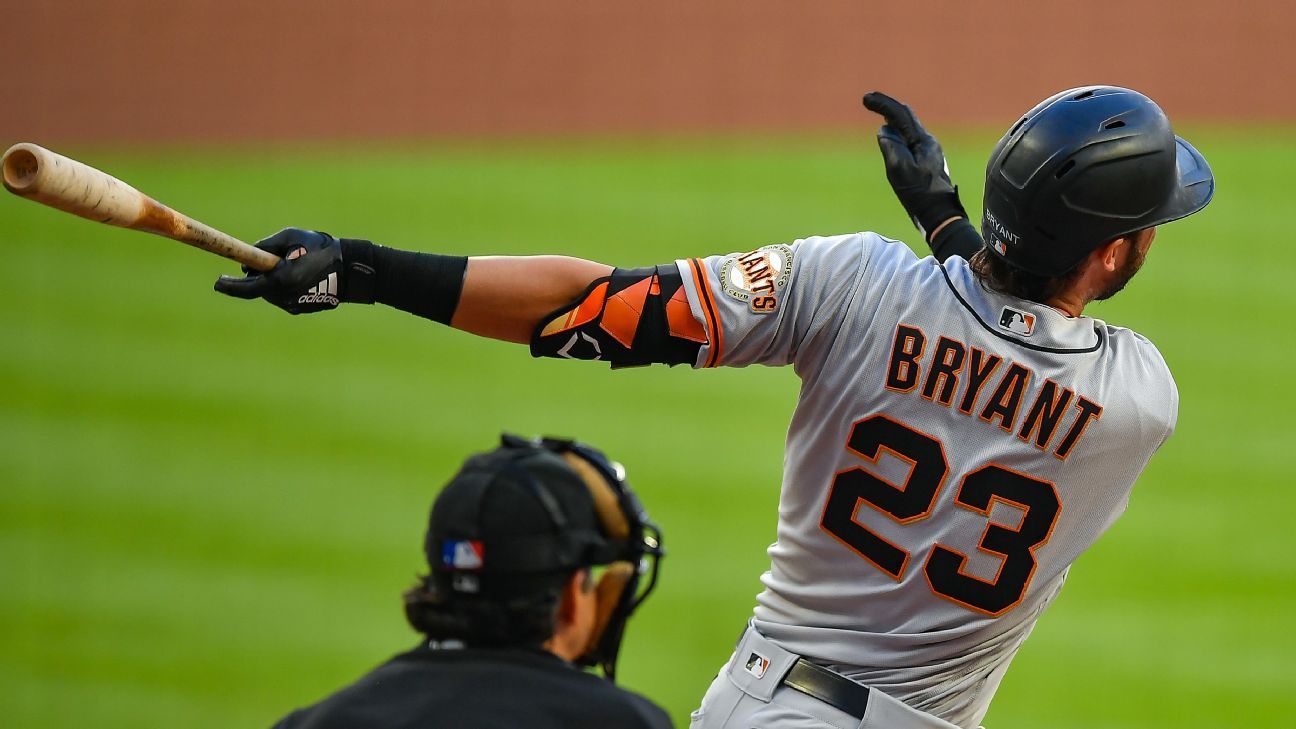 Third baseman Kris Bryant and the Colorado Rockies are in agreement on a seven-year, $182 million contract, sources confirmed to ESPN on Wednesday.

Bryant is headed to his third team in eight months after spending his first six major league seasons with the Chicago Cubs, who traded him to the San Francisco Giants last July.

He got off to a hot start with the Cubs but cooled off some after the trade, slashing .265/.353/.481 between the two teams. The 2016 National League MVP and World Series champion had a combined 25 homers and 73 RBIs last season, and he pounded out eight hits in the Giants’ five-game playoff loss to the Los Angeles Dodgers.

Despite a midseason slump that precipitated the trade, Bryant earned his fourth career All-Star selection during a solid rebound from a rough 2020 season in which he struggled at the plate and with injuries.

The Rockies clearly liked what they saw: Bryant landed a huge free-agent deal to move to Colorado as a middle-of-the-order bat and a fielder who can play third base, first base or the outfield. Bryant also is an obvious candidate to join Charlie Blackmon among the Rockies’ designated hitters.

The 2015 NL Rookie of the Year’s right-handed swing also will offset the left-handed slant to the outfield lineup for the Rockies, who haven’t won a playoff game since 2009.

MLB Network first reported on Bryant’s deal with the Rockies.

Colorado has made a major investment in being competitive in the NL West after their roster upheaval over the past year-plus, including last year’s trade of Nolan Arenado and the impending probable departure of Trevor Story.

Bryant got off to a hot start last season, hitting .322 in April and .327 in May. His 1.078 OPS in April had Cubs fans excited but a .114 batting average in June, where he had just nine hits for the month, cooled off MVP talk. Eventually, he was traded to the Giants for prospects as his seven-year career in Chicago came to an end.

One of Bryant’s best attributes is his ability to play all over the diamond as an above average fielder. In 2021, he played in 93 games in the outfield, 55 at third base and a dozen more at first base.

Since 2017, Bryant’s production and power have been limited due to shoulder, knee, ankle and hand injuries. But he’s always been a reliable player who can still hit at a high rate when healthy. In many lineups, he’s one of the tougher outs for the opposition, and he’s pitched accordingly because of that.

ESPN’s Jesse Rogers and The Associated Press contributed to this report.