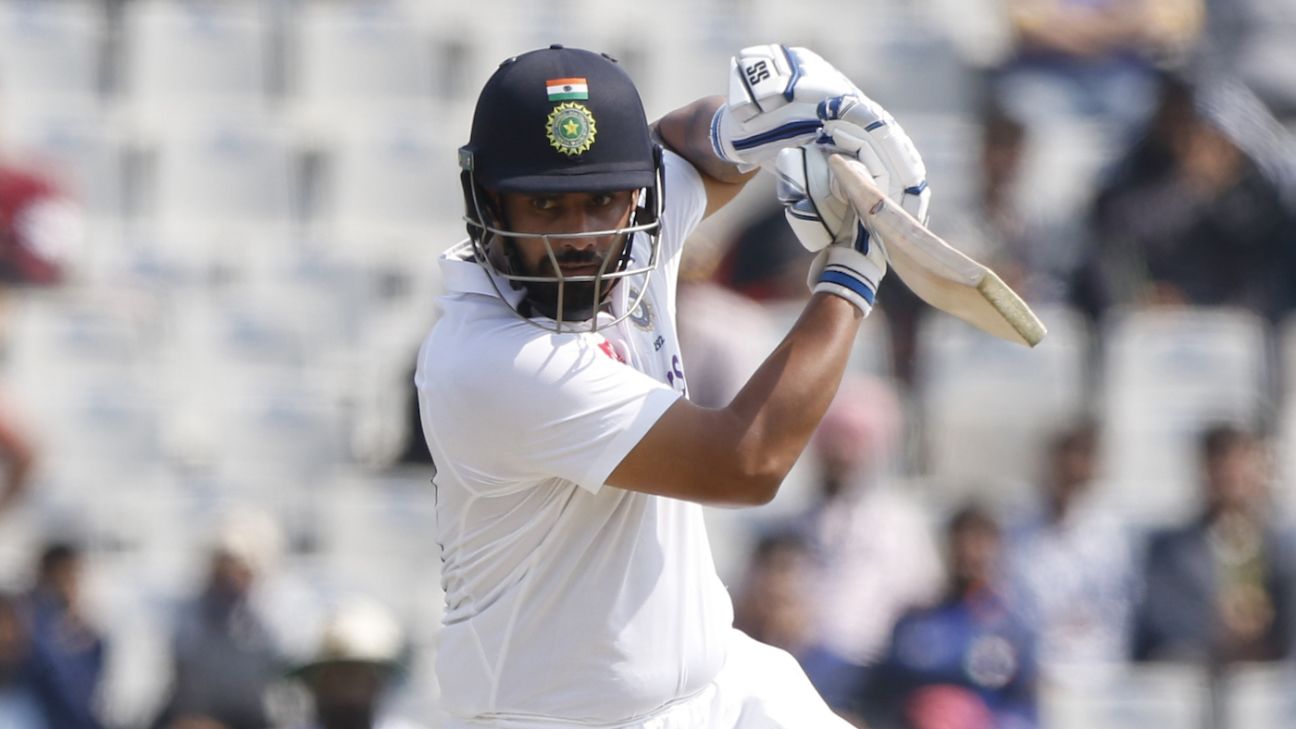 Vihari, who was a part of India’s Test XI, which completed a 2-0 sweep over Sri Lanka in Mohali and Bengaluru, will head home to Hyderabad for a short break before traveling to Dhaka. He is expected to join his team, Abahani Limited, later this week. He will miss the first three games of the season for the team, and Afghanistan middle-order batter Najibullah Zadran has been signed up by the club for those games.

Easwaran, captain of the Bengal first-class side in India’s domestic circuit and also on the fringes of the national Test side, which he has been with as a reserve in recent times, will turn out for Prime Bank. Rasool will play for Sheikh Jamal Dhanmondi, Aparajith for Rupganj Tigers, Menaria for Khelaghar, Jani for Legends of Rupganj, and Gurinder for Gazi Group Cricketers.

Vihari, Easwaran, Aparajith, Menaria and Rasool aren’t strangers to the DPL, having taken part in it before Covid-19 struck in 2019-2020. Other prominent Indian players, like Dinesh Karthik, Manoj Tiwary and Yusuf Pathan, have also played in the DPL in the past.
This season, all the participating teams have been allowed one overseas player. Apart from the Indians, Pakistan veteran Mohammad Hafeez will play for Mohammedan Sporting and Zimbabwe allrounder Sikandar Raza will turn out for Shinepukur.

Traditionally a 50-overs tournament, the DPL was tweaked to a T20 format last year to give national players game time in preparation for the T20 World Cup in late 2021. That was also the only year when no foreign players were brought in.

The DPL features 11 teams, which will play each other once in a round-robin format. The top six teams then play each other in the Super League once. The bottom two teams from the league phase will be relegated to Dhaka’s first division league.

The addition of several overseas players adds some heft to a competition that will largely be devoid of local star power, as the national team is currently in South Africa preparing for three ODIs and two Tests. With the tour set to end on April 12, it’s likely the country’s top players will only be available for the last two weeks of the competition.

April to September is typically seen as a free window for India’s domestic players that don’t have IPL teams. While some head to Bangladesh for the DPL, some others, like Faiz Fazal, have featured in club cricket in the UK. This season, too, Cheteshwar Pujara will play for Sussex in the English county circuit.

This year, the BCCI is in the process of concluding the first phase – league and one pre-quarter-final – of a truncated Ranji Trophy, with the knockouts scheduled for June, after the IPL.