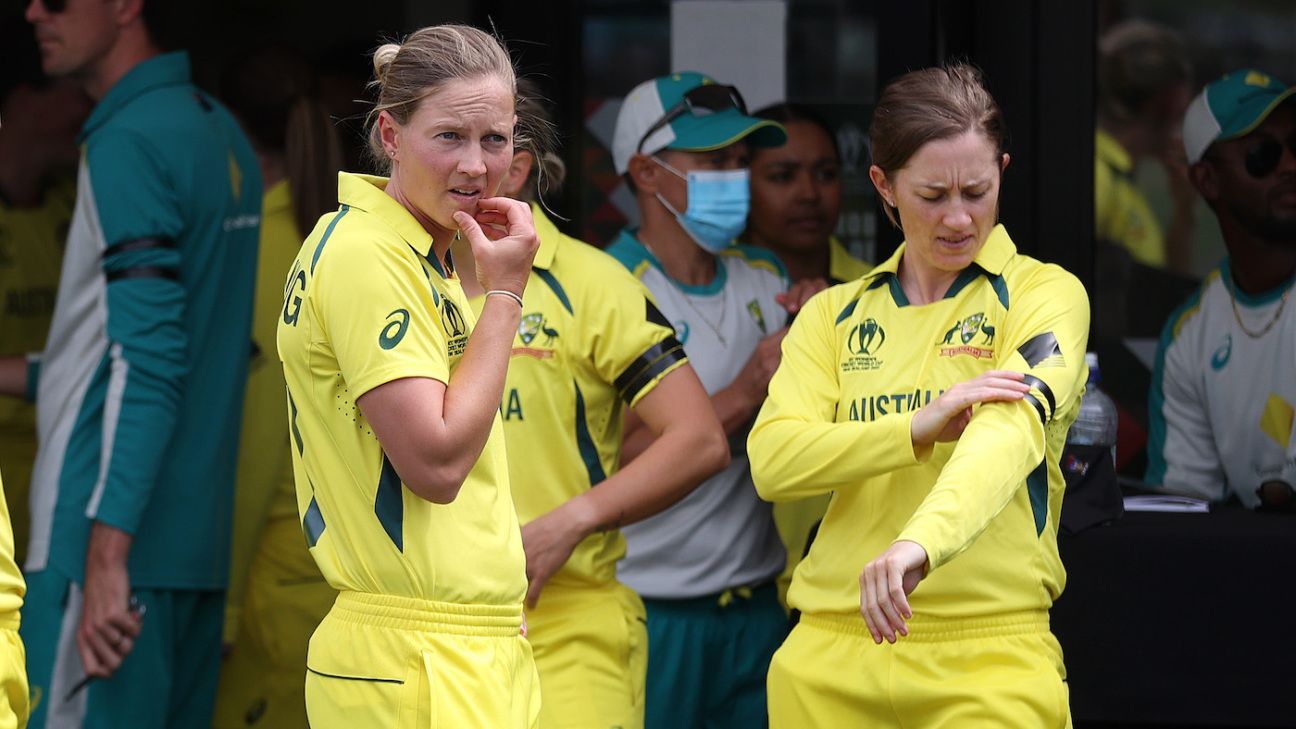 Australia have opted for three spinners on a used surface

Australia bolstered their spin resources in the XI, adding a second wristspinner in Amanda-Jade Wellington, as they opted to bowl on the used Bay Oval surface against Pakistan in Mount Maunganui. In inserting Pakistan, they unsurprisingly reduced the threat of Pakistan spinners replicating their success from the India fixture two days ago where the opposition initially struggled to put on a sizeable score.
Nicola Carey, the pace-bowling allrounder was the second change Australia rung in, with Darcie Brown and Tahlia McGrath sitting out. For Pakistan, Nahida Khan came in for Javeria Khan, who was out through injury, captain Bismah Maroof said.

This is the third match on the same strip, and both Maroof and Australia captain Meg Lanning expected spin to play a major role on the day, celebrated as International Women’s Day around the world. It’s a special one especially for Australia who celebrate the second anniversary of their historic 2020 T20 World Cup win on home soil.

Though Australia have never lost an ODI against Pakistan, who haven’t won a match in 15 straight appearances in 50-over World Cup fixtures, Lanning was hopeful of being “more clinical in the field”. In their opening game, against England, let-offs had added to the close finish of the high-scoring face-off, where Australia eventually prevailed defending 310. She said the surface still appeared to be conducive to run-scoring.

Alana King is the other wristspinner in the Australian side while Jess Jonassen, who bowls left-arm spin, is their third frontline spin-bowling option.