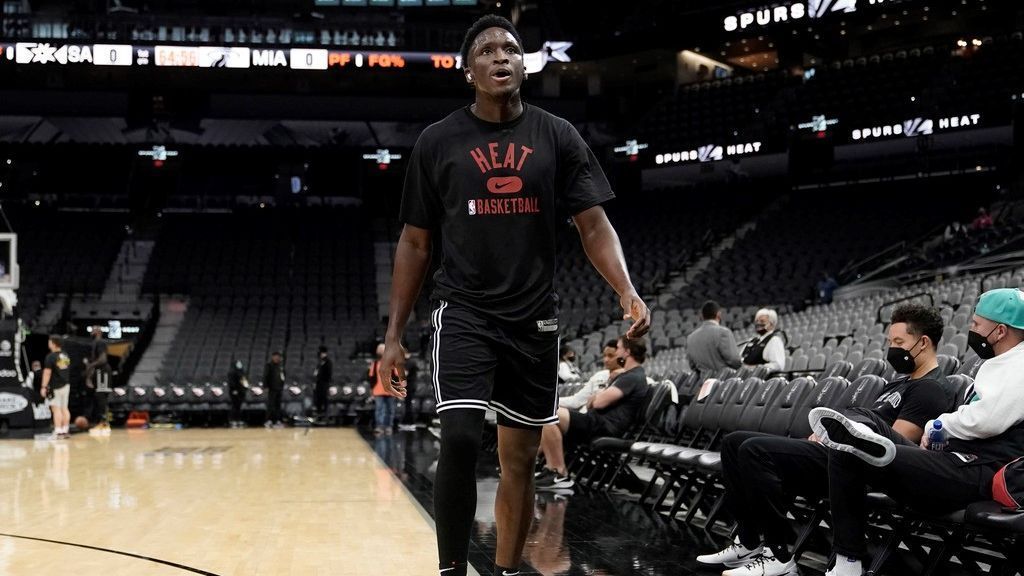 Miami Heat guard Victor Oladipo is set to return to the court for the first time in nearly a year in Monday’s home game against the Houston Rockets, coach Erik Spoelstra said.

Oladipo last appeared in an NBA game on April 8, 2021. He has been sidelined since going through another recovery process following a second surgery on his right quadriceps tendon, which he originally injured while playing for the Indiana Pacers in January 2019.

Oladipo will be limited to around 15 minutes in Monday’s game, according to Spoelstra.

Point guard Kyle Lowry is also back for the Heat, returning from a team-approved absence to deal with a personal matter. He’s missed Miami’s last four games.

Oladipo figures to give even more depth to a Heat team that is 43-22 and holding a three-game lead atop the Eastern Conference standings with 17 contests remaining. He’s averaged 17.5 points over his career and was averaging 19.8 in stints with three teams — Miami, Houston and Indiana — last season before getting hurt.

His return comes against a Rockets team that sent him to Miami a year ago in exchange for Kelly Olynyk, Avery Bradley and a swap of draft picks.

Oladipo has missed each of Miami’s past 89 games, including last season’s playoff appearance. He has played in just 56 games since the initial injury three years ago, missing 201 during that span. He missed a year following the first surgery, then 11 months this time after the second surgery.

The Associated Press contributed to this story.