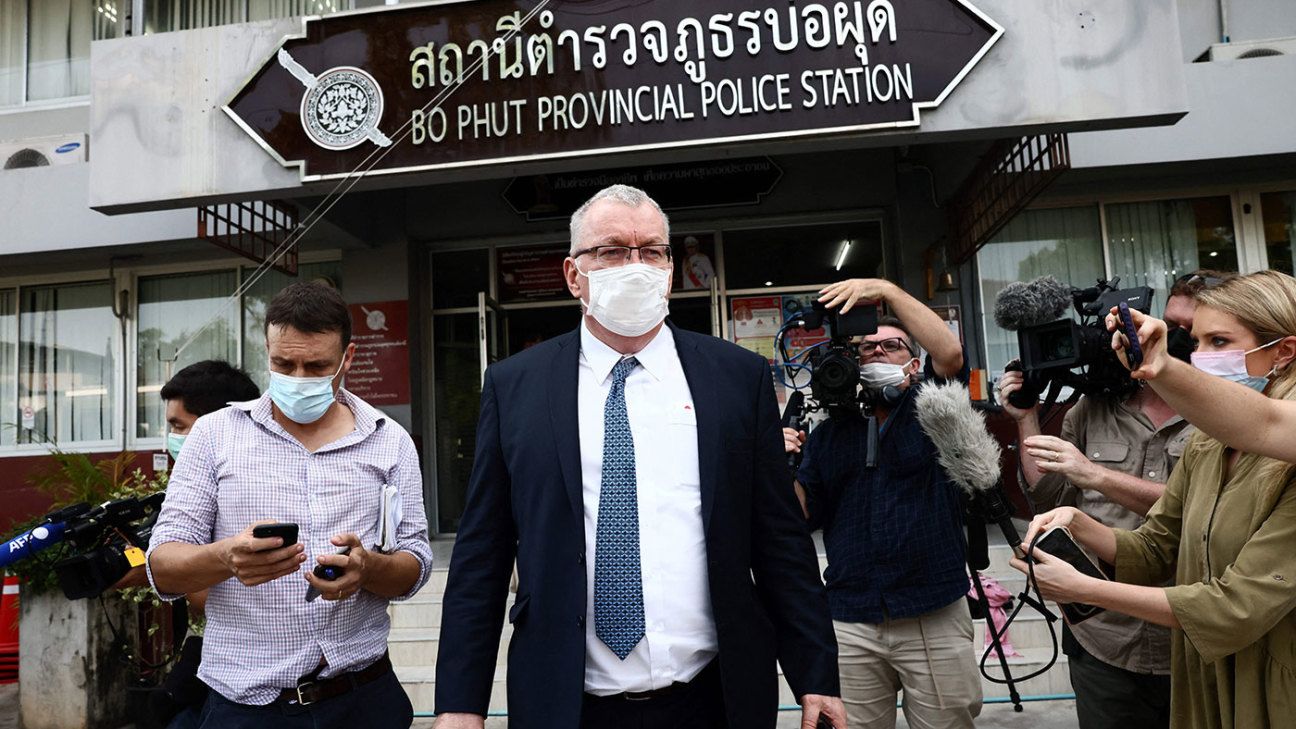 Shane Warne suffered chest pains before he travelled to Thailand for a holiday, where the cricketing great died from a suspected heart attack on Friday, Thai police said.

“He had asthma and had seen a doctor about his heart,” Yuttana Sirisombat, superintendent at the Bo Phut police station, told reporters.

“We learned from his family that he had experienced chest pains when he was back home in his country,” Yuttana said, when asked about any prior illnesses.

The death of 52-year-old Warne on the island of Koh Samui is not being treated as suspicious. Warne was staying in a private villa with three mates, one of whom performed CPR after finding him unresponsive when he did not show up for dinner.

He was taken by ambulance to Thai International Hospital and later his body was transferred to Ko Samui Hospital.

Warne’s manager James Erskine told Fox Cricket he was only three days into a planned three-month holiday and alone watching cricket when he fell ill. His friend Andrew Neophitou, who was among the group staying in the same villa, went to check on him.

“They were going to have a drink…or go and meet someone to go out and have a drink at 5 pm and Neo knocked on his door at 5.15 pm because Warnie is always on time,” Erskine said. “He went in there… and then realised something was wrong. And he turned him over and gave him CPR and mouth-to-mouth, which lasted about 20 minutes and then the ambulance came.”

“[The] police station and the hospital in Ko Samui are facilitating the process of getting Shane Warne back to Australia as quickly as possible,” he said. “They have been very compassionate, very efficient and very understanding.”

Sirisombat said the plan is to move Warne’s body for an autopsy in the main state hospital in Surat Thani province on Sunday. A forensic team has inspected the villa where Warne was found and his friends have given statements to police as part of standard procedure.

Erskine said Warne’s family is understandably devastated. “The three children are in a complete shock,” he told the Nine Network’s Today morning show on Sunday. “I spoke to them yesterday and … Jackson just said, ‘We expect him to walk in the door. This is like a bad dream’.”

The Victorian and federal governments have each offered a state funeral to his family, which includes Warne’s daughters Brooke, 24, and Summer, 20, and 22-year-old son Jackson.

“Nobody who saw Shane Warne play will ever forget him,” Victorian Premier Daniel Andrews said on Saturday. “To us, he was the greatest – but to his family, he was so much more.”