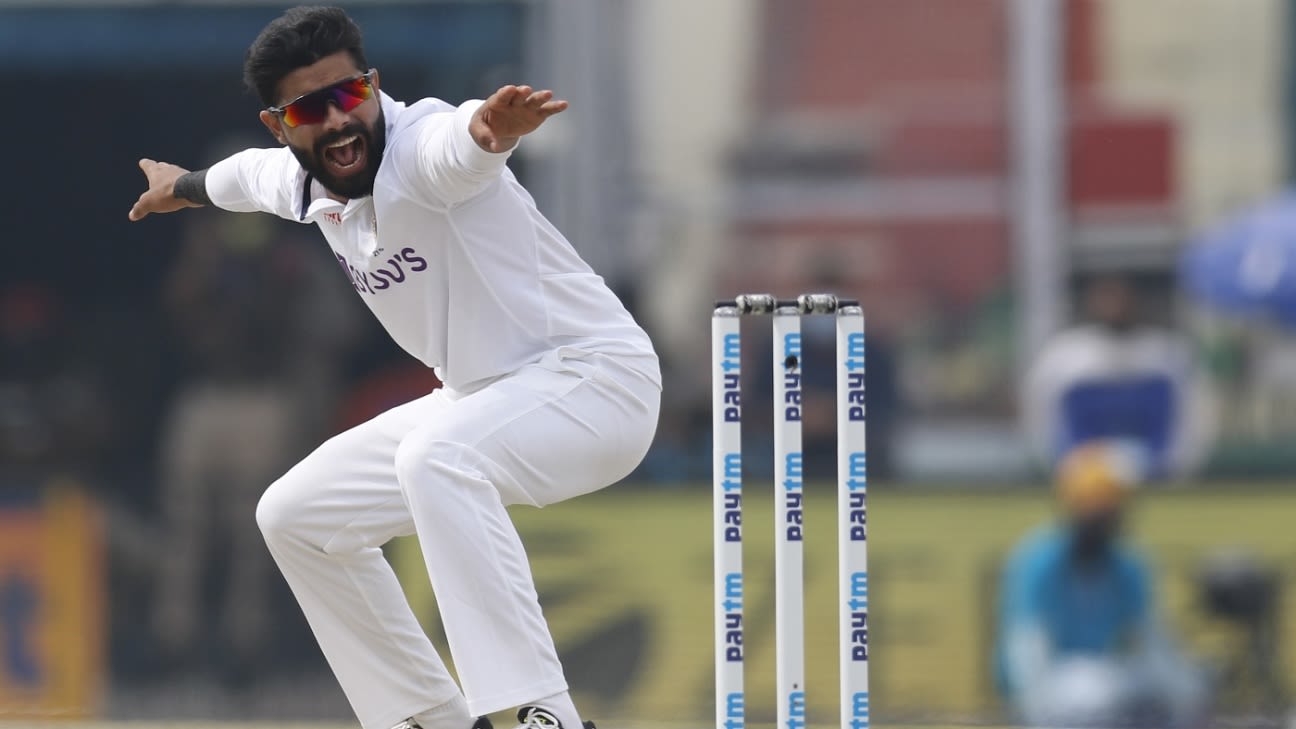 Match haul of nine wickets to go with his 175 not out; R Ashwin ends game with six scalps to go past Kapil Dev

It was a day of landmarks and milestones for India. Ravindra Jadeja became only the sixth man to score 150 or more and take a five-for in the same Test. R Ashwin went past Kapil Dev as the second-highest wicket-taker for India. In the process, Sri Lanka collapsed under the weight of a relentless India attack and lost 16 wickets in 67 overs to lose by an innings and 222 runs inside three days. Jadeja, who ended one wicket short of becoming the first man to score 150 or more in a Test innings and take 10 wickets in the same match, ended his third straight Mohali Test as the Player of the Match.

The longest resistance Sri Lanka offered was a 17-over partnership in the second innings between Angelo Mathews and Dhananjaya de Silva, followed by the 15 overs it took India to take the first wicket in the morning. Six wickets fell for 13 runs in 43 balls to encourage Rohit Sharma to enforce the follow-on.

The bigger hauls might have gone to the spinners, but the fast bowlers added to their threat with their continuous interrogation of the batters, which meant the pressure was not released and spinners could get their breaks. The first wicket of the day went to pace, a bewitching slower ball from Japsrit Bumrah, which pitched within the stumps, beat Charith Asalanka, squared him up, hit him within the stumps, and would have gone to hit the top of off.

With Pathum Nissanka fighting diligently at the other end, the rest folded in a strangely reckless manner. Niroshan Dickwella faced five balls from Jadeja, played three sweeps, not in control of any of them, and the final top edge settled with square leg placed two-thirds to the boundary. Suranga Lakmal tried an almighty slog the second ball he faced.

Sidharth Monga is an assistant editor at ESPNcricinfo