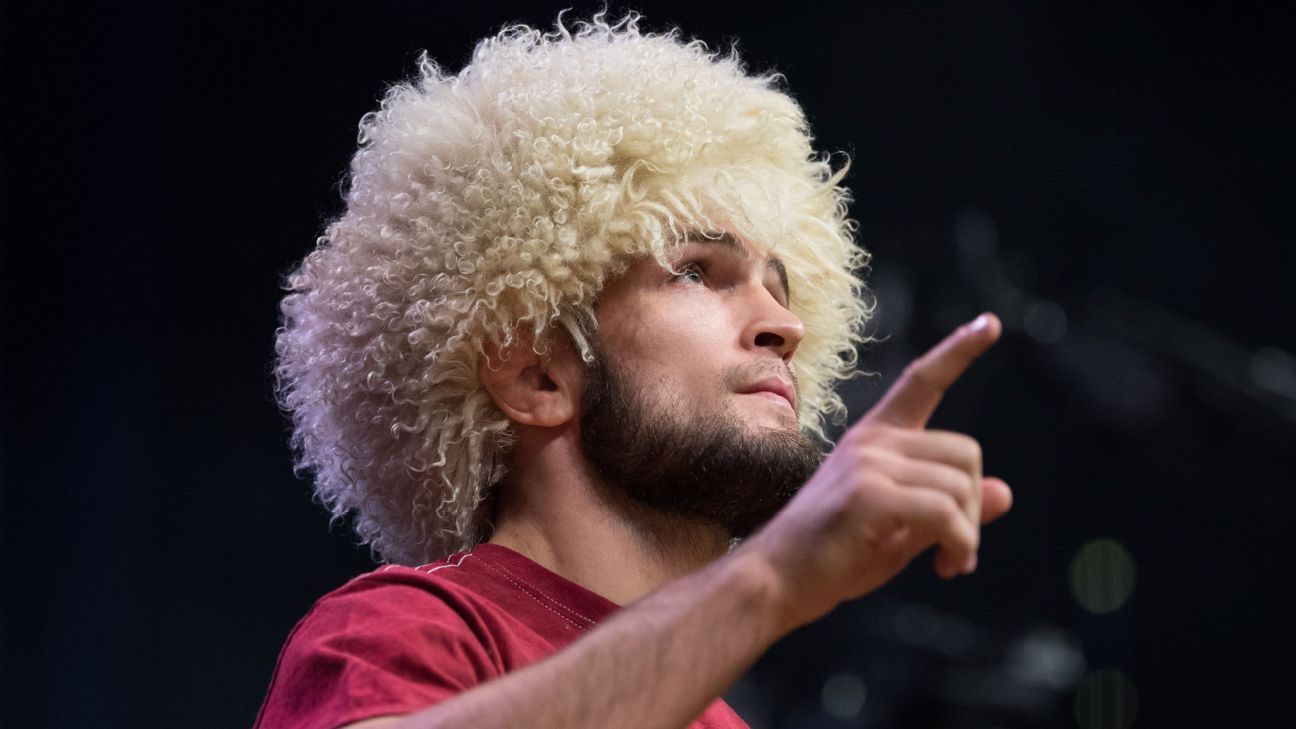 LAS VEGAS — Khabib Nurmagomedov is headed to the UFC’s Hall of Fame.

The UFC announced on Saturday that Nurmagomedov (29-0), the undefeated former champion from Dagestan, will be inducted as part of the UFC Hall of Fame’s Class of 2022 during the promotion’s International Fight Week in July. Nurmagomedov was in attendance at UFC 272 at T-Mobile arena for the announcement.

Nurmagomedov is widely considered one of the best pound-for-pound fighters — if not the best — to ever compete in the sport. He earned his first lightweight title shot in 2018 after compiling a 9-0 record in the UFC beginning in 2012.

He won the vacant championship by defeating Al Iaquinta at UFC 223 and went on to record three dominant title defenses against Conor McGregor, Dustin Poirier and Justin Gaethje.

Nurmagomedov announced his retirement from MMA in October 2020, just months after his father, Abdulmanap Nurmagomedov, died due to complications of COVID-19. UFC president Dana White tried to talk Nurmagomedov into fighting again, before recognizing his retirement in March 2021.

Nurmagomedov was born in Dagestan, but endeared himself to English-speaking fans over the course of his career with his performances and decision to train for competitions primarily out of American Kickboxing Academy in San Jose, California. He forged strong relationships with some of the UFC’s biggest stars in former champions Cain Velasquez, Daniel Cormier and Luke Rockhold.

Nurmagomedov’s title defense and grudge match against McGregor in October 2018 remains one of the biggest events in UFC history. He has stayed involved in the sport as a coach, and appeared in the corners of his cousin Umar Nurmagomedov and Tagir Ulanbekov on Saturday at UFC 272.