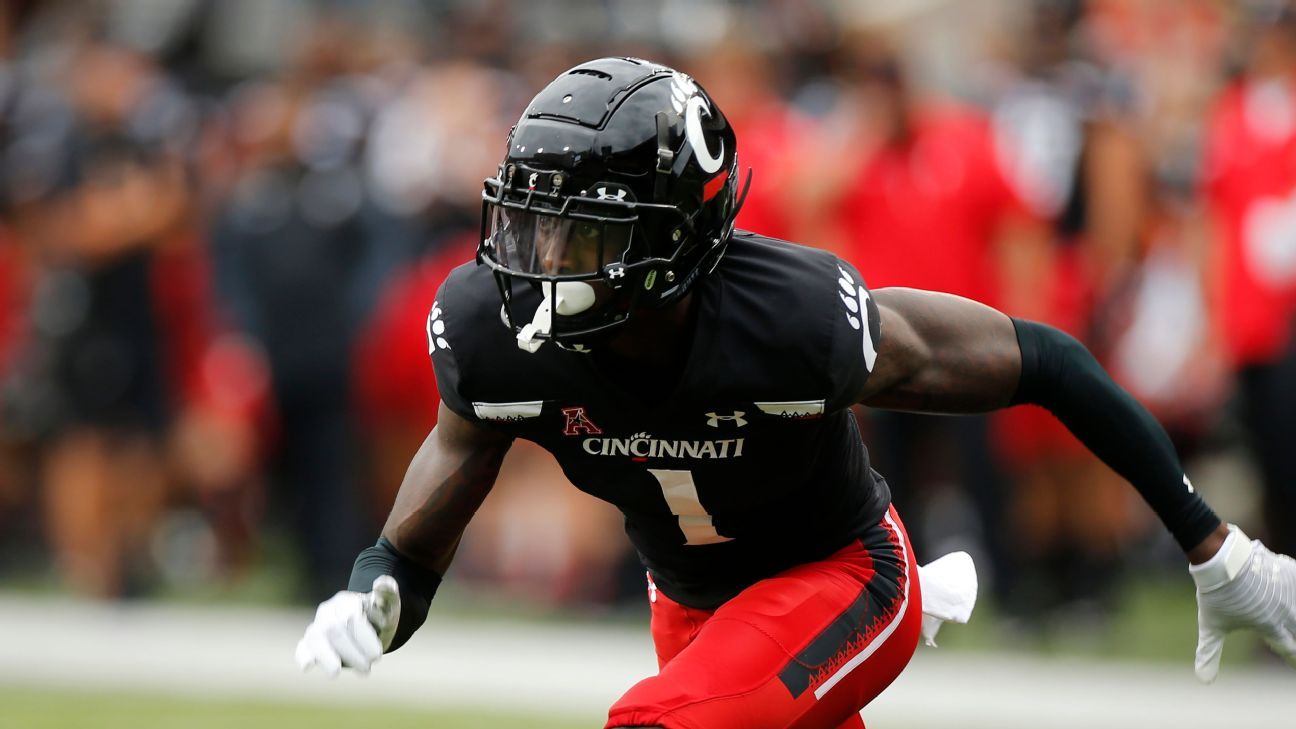 INDIANAPOLIS — Sunday will be the fourth and final day of on-field workouts at the NFL combine inside Lucas Oil Stadium ahead of the 2022 NFL draft.

NFL Network will carry live coverage of on-field drills starting at 2 p.m. ET. The draft is April 28-30 in Las Vegas. A look at what you need to know:

The workouts, 2-7 p.m. ET (NFL Network): Defensive backs, kickers and special-teamers will go through a variety of testing, including bench press, vertical jump, broad jump and 40-yard dash as well as shuttle and position drills.

The defensive linemen and linebackers, who worked out Saturday night, will depart Indianapolis.

The record holders: There might be a record holder to be named later in this group with the way players have been posting times so far. There have been eight wide receivers with 40-yard dash times under 4.3 seconds, 12 offensive linemen with times under 5.0 seconds and 14 running backs under 4.5 seconds. There is almost no one in the league who would say this is the fastest draft class in history, but the times going down as “official” say this might be the fastest combine in the event’s history with so many players already timed under those benchmarks. The defensive backs should only add to the list.

At the top of the board: Scouts won’t get to see one player they’d hoped to watch work out — LSU’s Derek Stingley Jr., who is still recovering from foot surgery in the fall. If Stingley isn’t the top cornerback on a team’s board, there is a good chance that it’s Cincinnati’s Ahmad “Sauce” Gardner instead. Gardner might have had the matter-of-fact quote of the combine Saturday morning. He did not surrender a touchdown in his college career and was asked how he would react when he gives one up in the NFL. Without even a pause he said: “I don’t plan on giving one up in the NFL either.”

Washington’s Trent McDuffie and Kyler Gordon and Clemson’s Andrew Booth Jr. are the other top cornerbacks in Indianapolis. At safety, Notre Dame’s Kyle Hamilton is the consensus top player on the board.

Who can help themselves: There isn’t a head coach, defensive coordinator or general manager in the league who believes anybody has enough cornerbacks to play the way people are playing these days — in the nickel over 70% of the time — so any and all cornerbacks who catch somebody’s eye for anything done on the field Sunday can move the draft-day needle.

Don’t miss: UTSA cornerback Tariq Woolen is a former wide receiver who said this week he had never played defense until he was moved to cornerback in the final weeks of the 2019 season. He measured in at nearly 6-foot-4 and 205 pounds at the Senior Bowl last month. With that kind of size and reach, if Woolen runs anywhere close to what people expect — and he’s expected to go fast — he will cause a significant stir.

More on the combine: