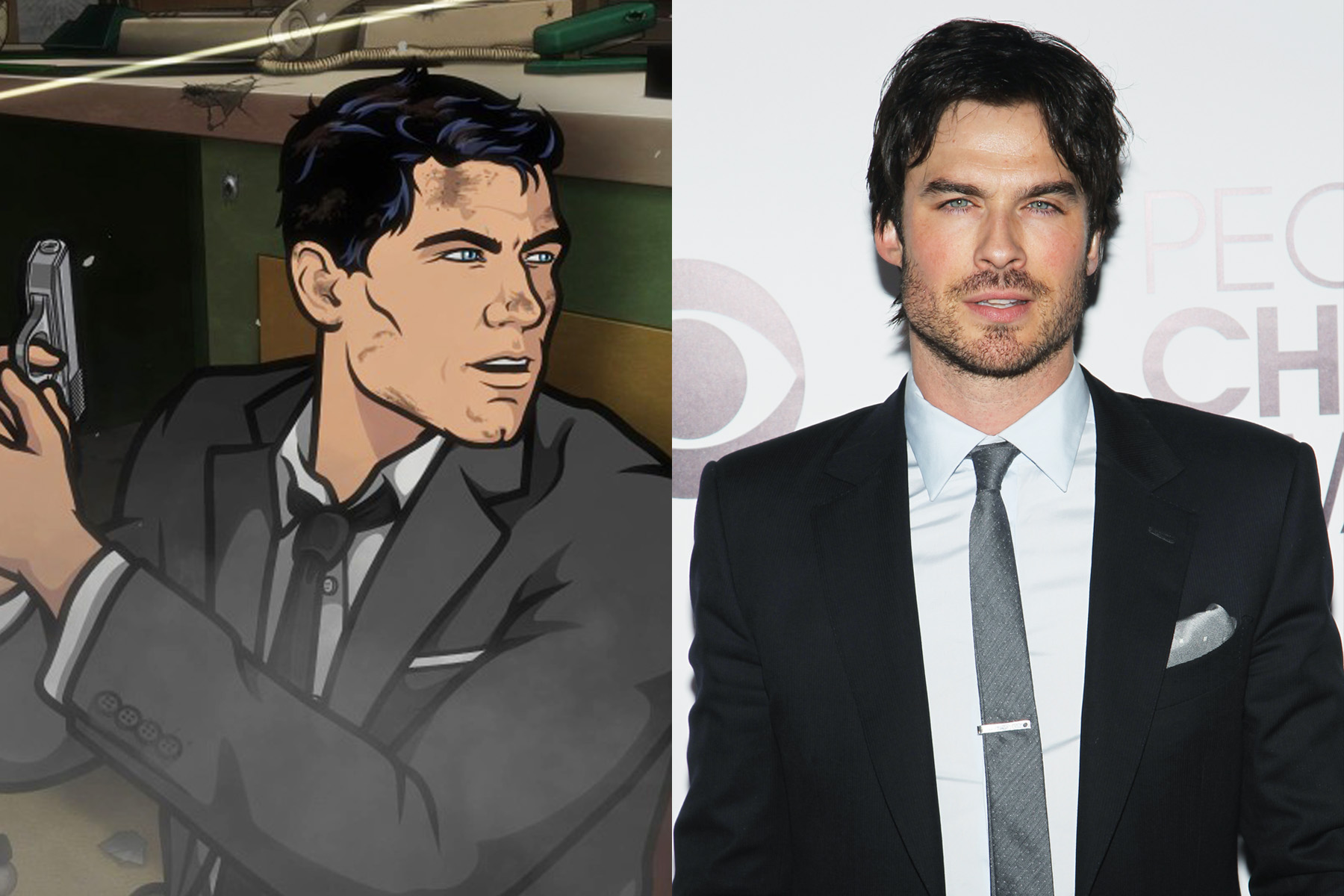 Somerhalder has the looks, body, and baby blues to play Sterling Archer. He’s can kick major ass and has action experience. He is also the perfect blend of charmer and total d-bag on The Vampire Diaries. He’s not the comedic genius H. Jon Benjamin is but he can definitely deliver a punchline. 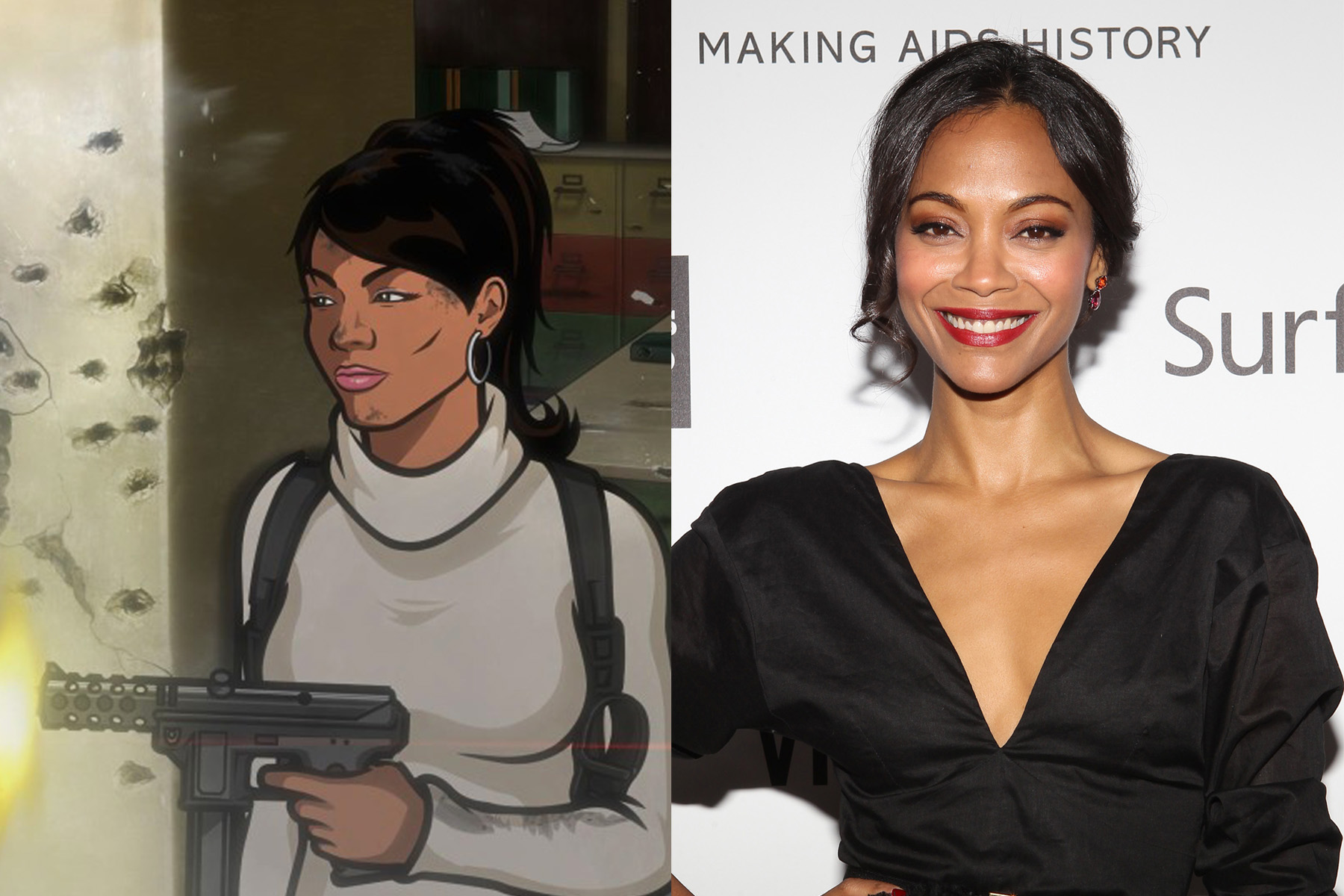 Saldana is today’s definitive sexy action star. She proved her mercenary skills with Colombiana and her extraterrestrial aptitude Star Trek. As far as comedy goes, she held her own with Bernie Mac in Guess Who. 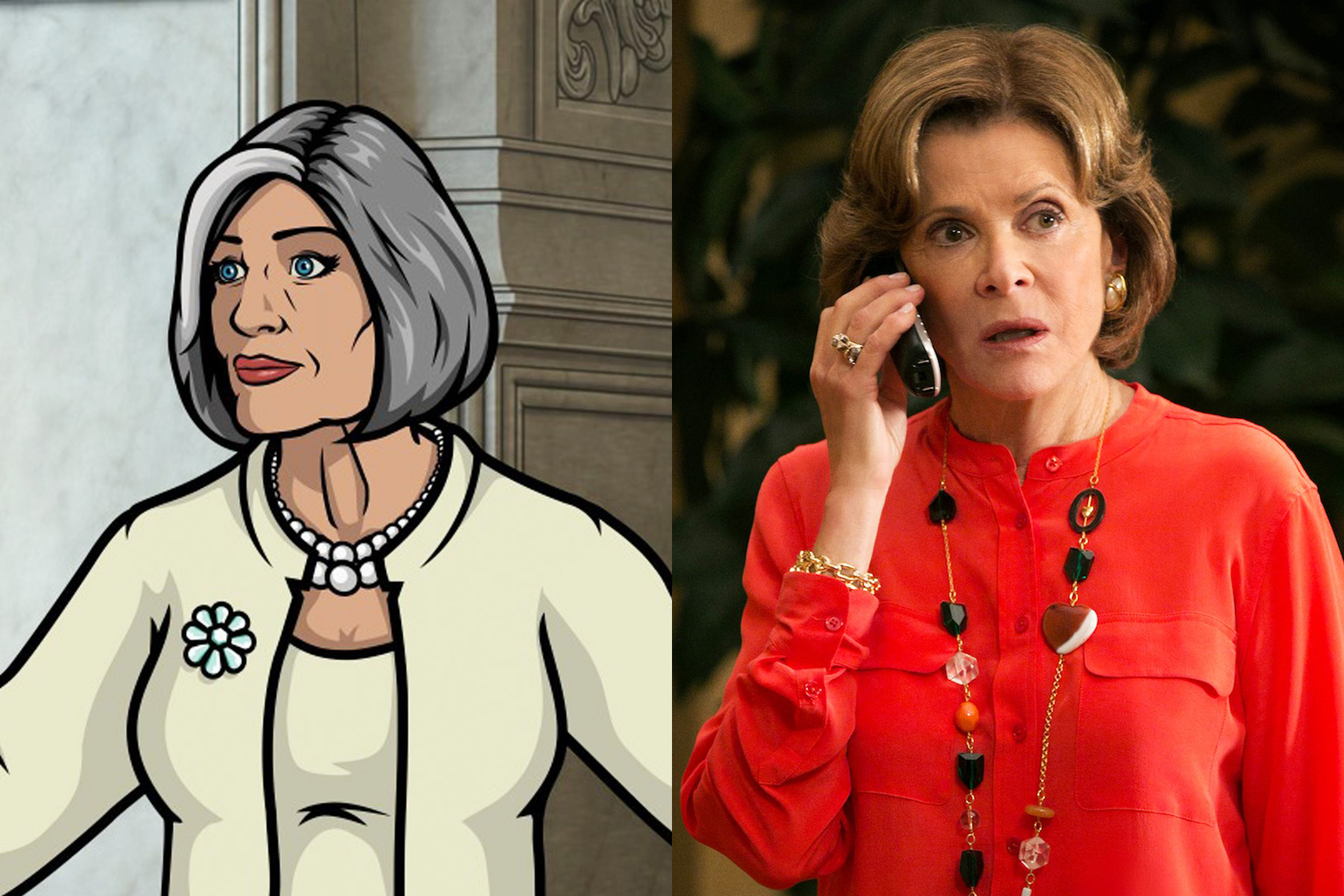 Okay, call this a cop out, but there is no one else to play Malory Archer. All Walter needs is a lace-front wig and a refill for her martini. In truth, her live action role as Lucille Bluth on Arrested Development isn’t too different from her Archer character. 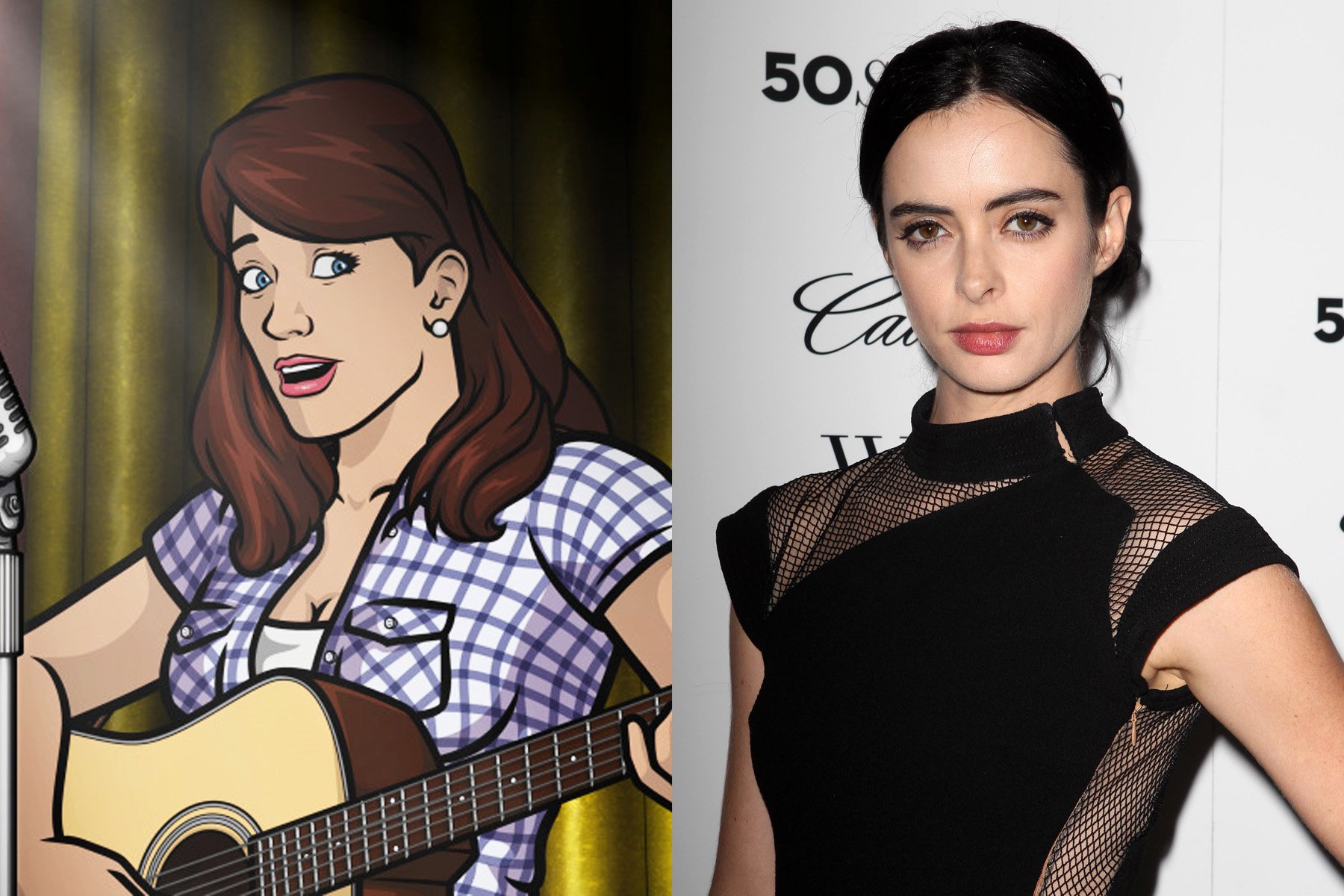 Ritter is an amazing comedic actress. She is able to be ridiculously offensive while still keeping an effervescent air, just like Cheryl. Her role on Don’t Trust the B showed that she can handle the eccentric, free spending, fire-loving Cheryl. Plus, it would be startling to see the actress’ trademark black locks hidden under a brown wig. 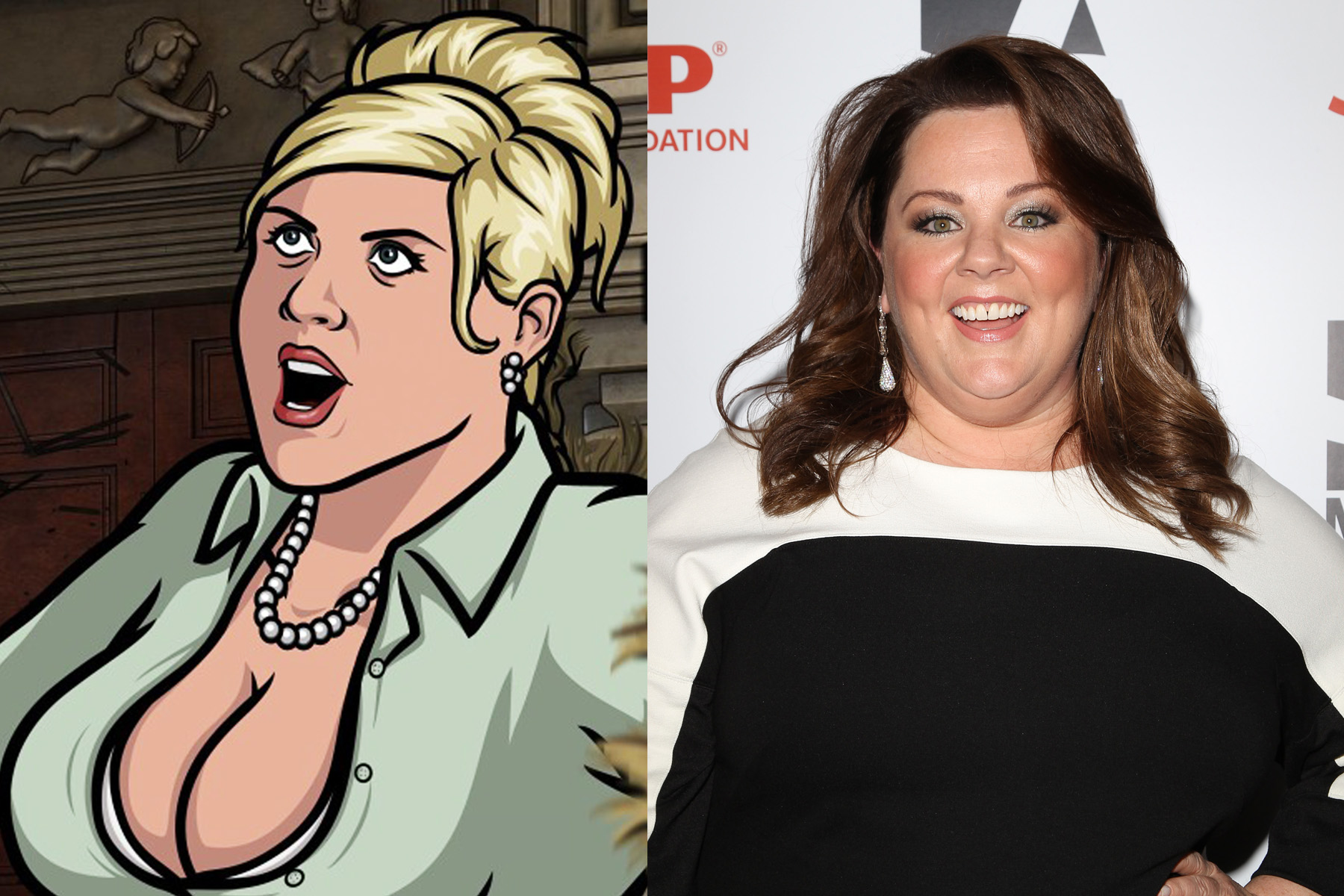 McCarthy is a given for Pam. She can be filthy, gross, and still look great in business wear. Now that McCarthy is everywhere, we’d like to see her channel some of that iconic wackiness for Archer‘s most outrageous character. 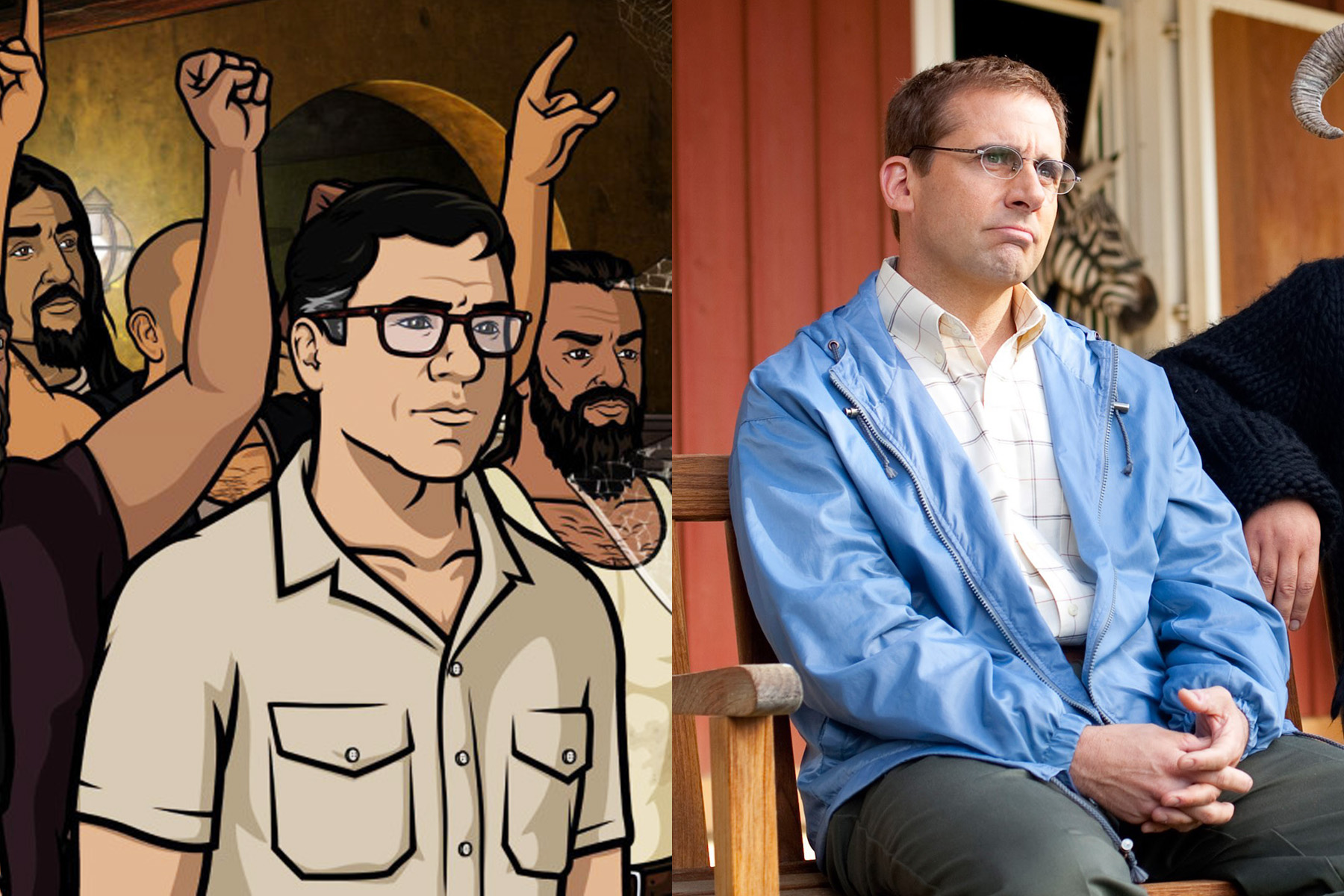 Carell is at his best when he’s playing buttoned-up types, like Cyril, and is a master of ineptitude (re: his most famous role of Michael Scott on The Office). Plus, he could capture the awkward sexual charisma of the sex-addicted, well-endowed accountant. 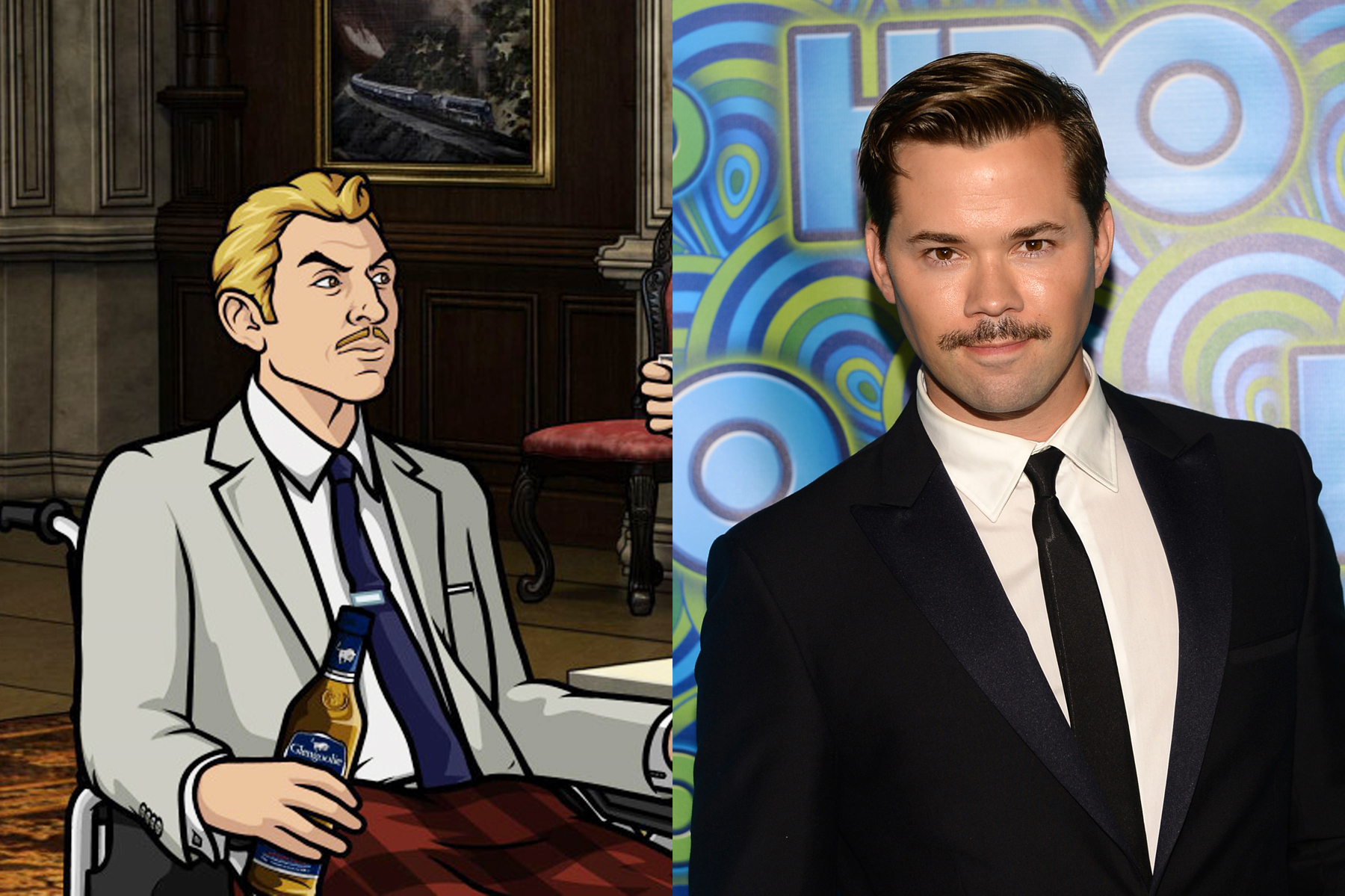 Rannells has the great body and nasal voice of Ray Gilette. Plus he looks hilarious with a pencil mustache. On The New Normal and Girls he can be irritating but funny, snarky but sweet, and sexy but dorky… just like Ray. 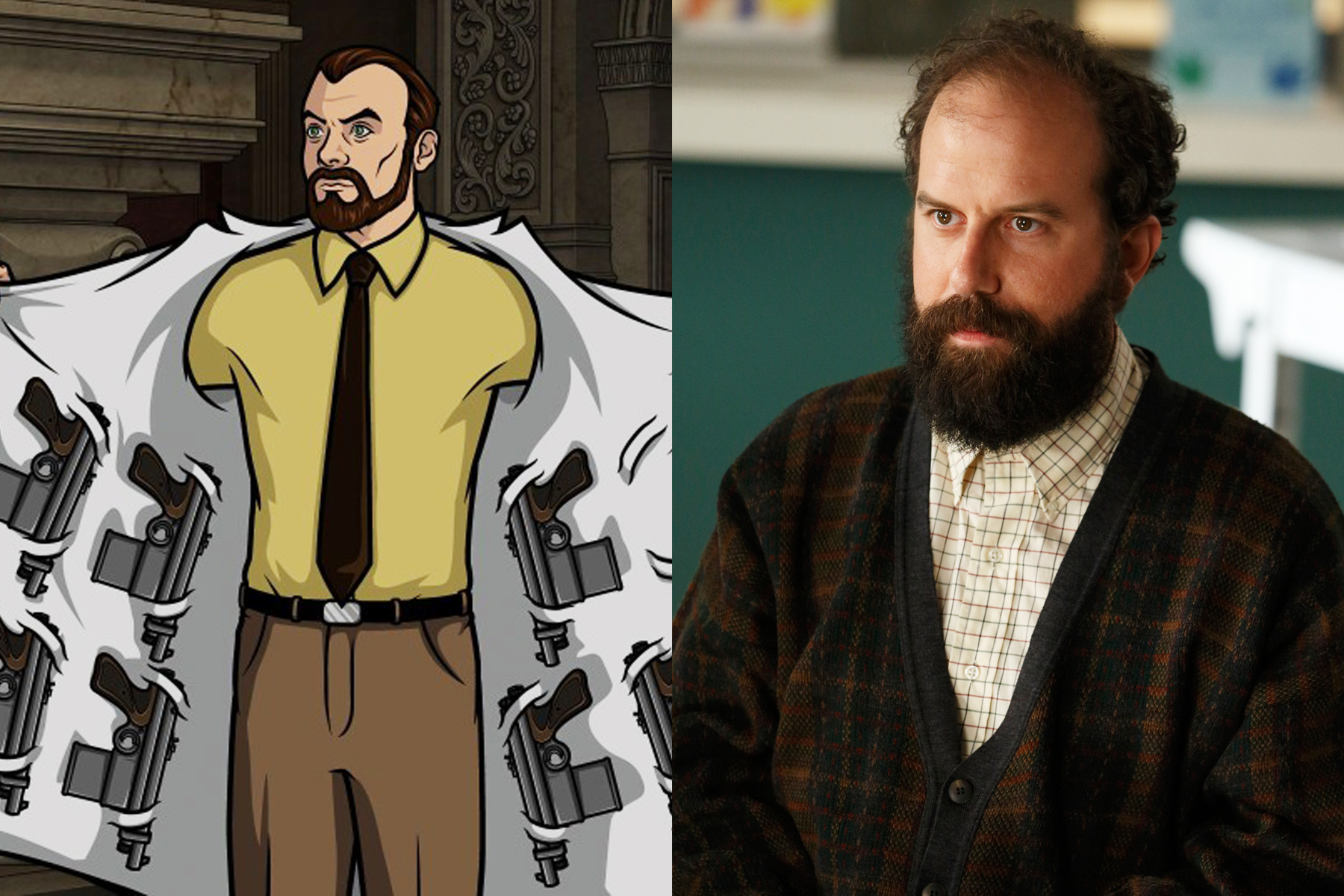 Gelman’s role on Go On proved he could play kooky enough to be the twisted ISIS scientist. He has a similar voice, beard, and can manage totally unhinged in a funny way… but with that odd “doctory” look. 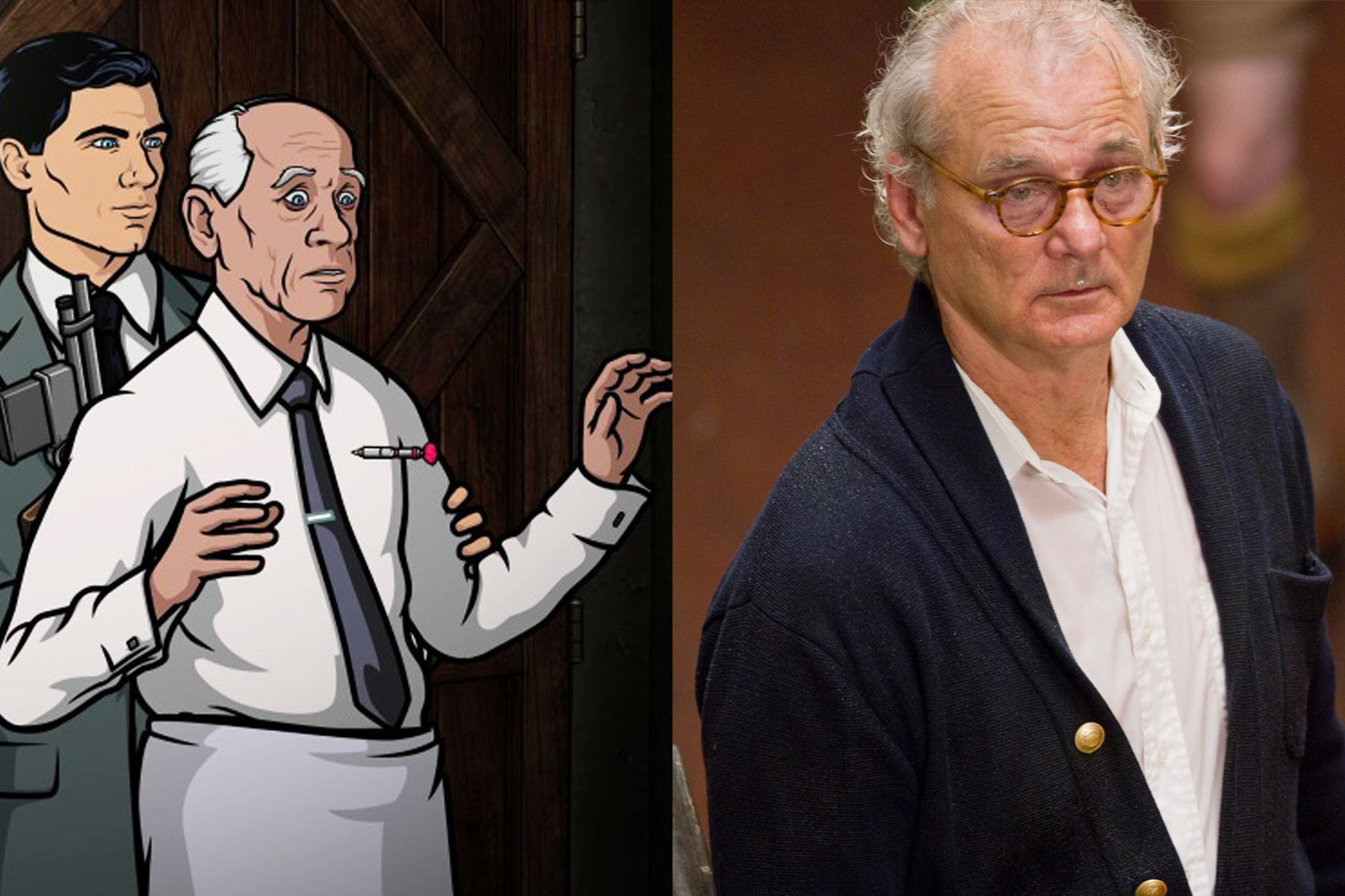 With a bit of makeup and his consistent comic dedication, Murray would be stellar as the geriatric Woodhouse. It would allow the actor to get back to his roots as the maniacal Carl Spackler, recounting Woodhouse’s colorful glory days as he resents the lack of respect he’s given. 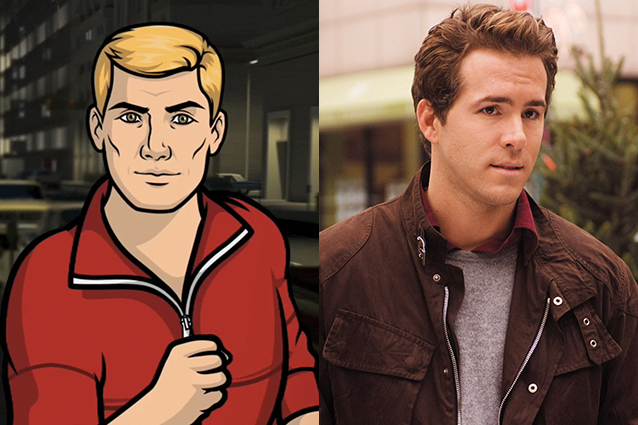 With a blonde wig and a prickish demeanor, Reynolds would be perfect for Archer baddie Barry Dylan. Considering the character’s ego, it’s not too much of a stretch from his usual roles… except for the homicidal urges. 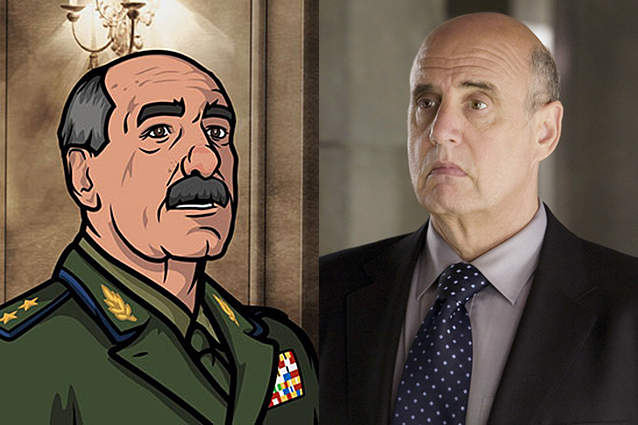 Tambor does have a role on Archer (as Len Trexler), but we’d rather see him embody Malory’s other friend-with-benefits (and Sterling’s other potential father). So what if he won’t be able to handle a Russian accent? The man’s a comic powerhouse. 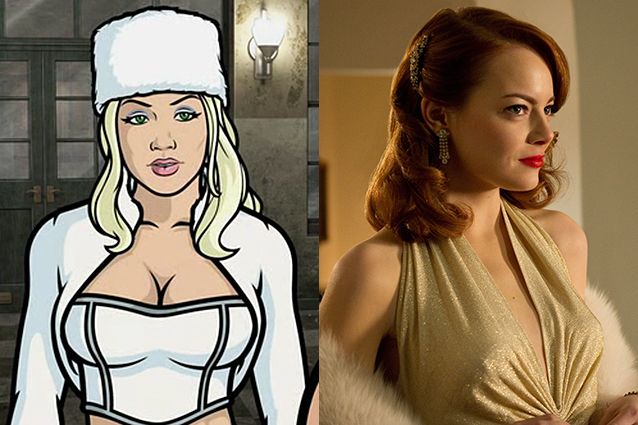 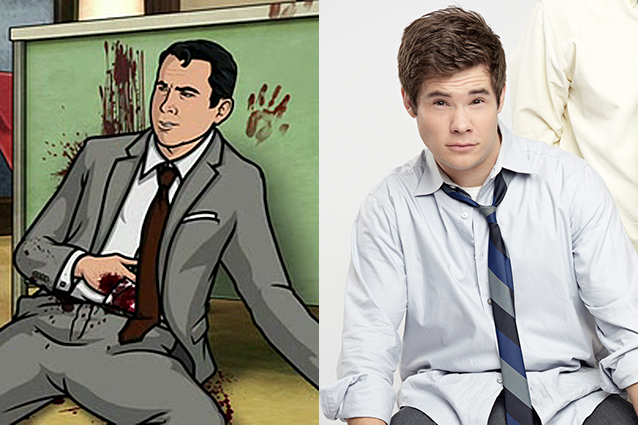 Somehow, Workaholics star Devine seems perfect for the sort of character whose claim to fame is being shot week after week (and delivering hilarious lines as he succumbs to injury). 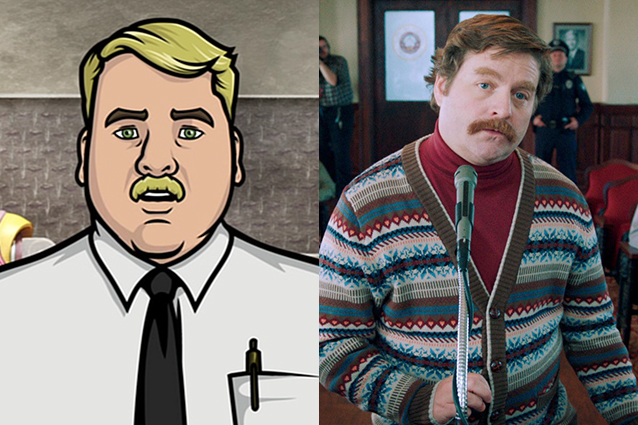 A snarky, incompetent control room operator who is obsessed with Lord of the Rings? … yes, Galifianakis could really bring some major energy into this role. Plus, he’s a bit of a dead ringer. 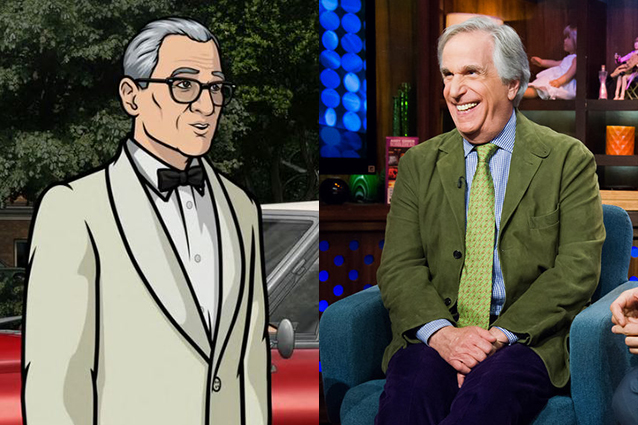 Finally, Malory’s other love interest played by Walter’s other Arrested Development admirer. Winkler would be able to make Ron Cadillac more than just a whining husband with his aptitude at playing both cool and pathetic characters so hilariously.